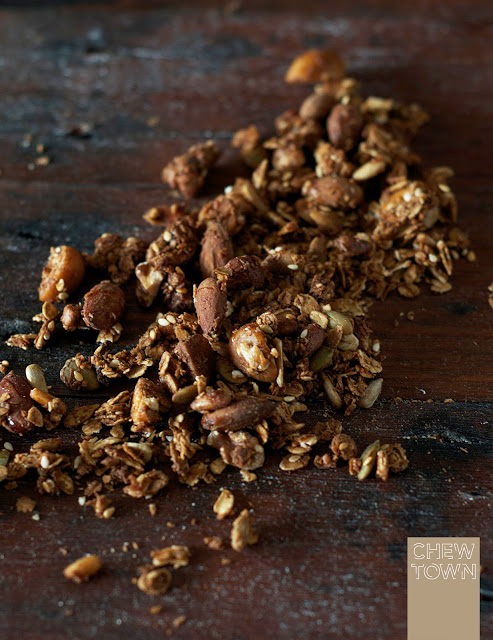 By removing the fruit from toasted muesli, I knew I wanted to add a more spiced flavour to compensate.  Taking inspiration from my favourite store bought muesli (Sonoma’s Honey and Spice Muesli) I began brainstorming ideas for the perfect spiced nut toasted muesli. What I have created is a truly unique and personal muesli experience – which is the best feeling. It has all the spices and nuts that I love and is just for me.

After making two massive containers of this muesli, I am a little embarrassed I have not made it before – it is so easy and is also much cheaper to make it than buy it!

After my first crunchy bite of this muesli I knew I was in heaven. The rich toasted spices combined with leatherwood honey, vanilla, oats, coconut and my favourite nuts is a flavour explosion. Including spices in the toasting honey adds a wonderful depth of flavour and when serving this muesli with yoghurt and fresh fruit, the spiced nut flavours stand out and command their own attention. 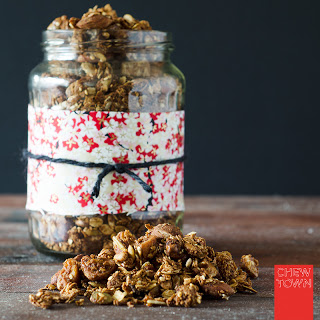 Preheat the oven to 180 degrees Celsius. Line three baking sheets with baking paper and set aside.

Split the vanilla bean down the middle and scrape out the vanilla seeds with the back of a knife. To a small saucepan, add the honey and vanilla seeds and warm over a low heat whisking occasionally. Once warmed through and runny, whisk in the salt, cinnamon, cardamom, ginger and nutmeg until well combined then set aside to cool fro 10 minutes.

In a small bowl mix almonds, orange juice and orange zest well and set aside for 10 minutes (tossing the almonds at the 5 minute mark).

In a large bowl mix oats, macadamia nuts, walnuts, sesame seeds, coconut, pumpkin seeds, sunflower seeds, pepitas and the marinated almonds and mix well. Once the honey mixture has cooled, pour into the large bowl over the other ingredients and using your hands, mix well until the honey and spices have coated all the dry ingredients.

Divide the mixture between the three baking trays making sure to keep the mixture in one thin layer on each tray. Drizzle some plain honey thinly over the top of each layer of mixture.  Bake the three trays in the oven for 30 minutes (or until mixture is golden), stirring every 10 minutes and swapping tray positions in the oven each time for even toasting.

Remove from oven and allow to cool on the trays. Once cooled, stir the muesli to break it apart and store in large jars or airtight containers. Eat with fresh fruit and yoghurt for a wonderful light breakfast. 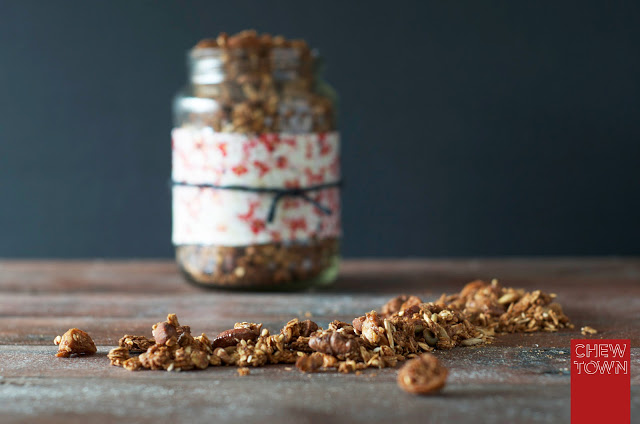