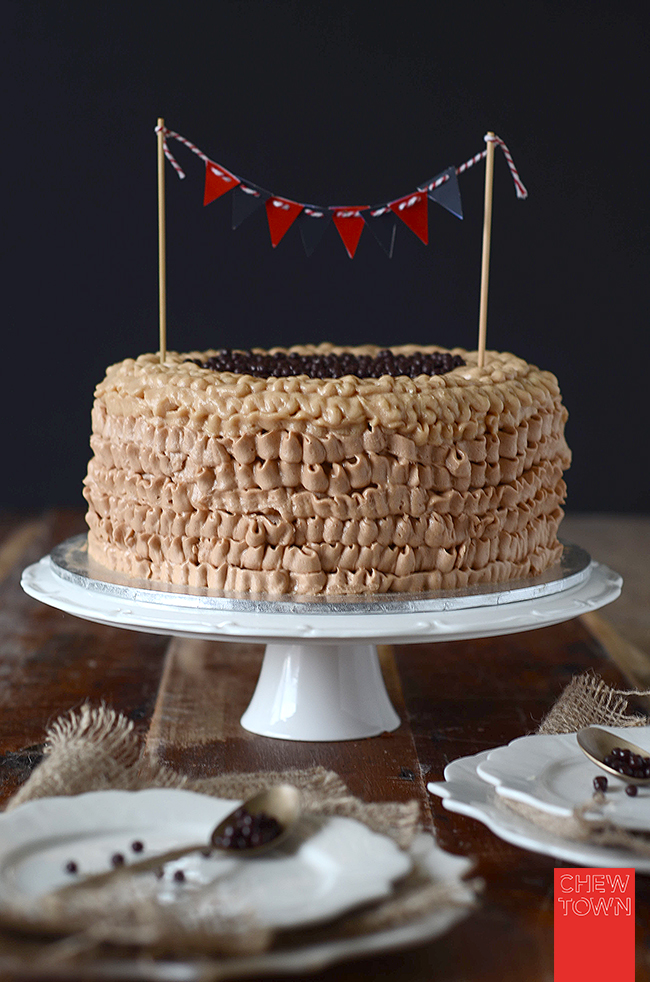 When a young boy asks for a chocolate cake, he should not be denied. In this case the cake was requested for the celebration of said boy’s first holy communion (this is a BIG deal in Italian families usually culminating in a large family feast).

But what sort of chocolate cake to make? Luckily, the request coincided with a rather spectacular visit to the Simon Johnson warehouse sale where Belly Rumbles and I lost our minds sparingly purchased a few items and spent a small fortune few bucks, which included the procurement of a swag of Valrhona chocolate products.

Chocolate from one of the best producers in the world is just dying to be turned into an amazing chocolate cake. So with a few key elements (namely a dulce de leche filling and Valrhona chocolate buttercream) I decided to make the mother of all chocolate cakes – I mean seriously, how could you go wrong with that combination.

When the cake was delivered to the party it generated great excitement from the boy, impressed the adults and perhaps caused a flash of jealousy in the eye of the boy’s sister (methinks I’ve set myself up for the delivery of another epic cake again soon).

The boy’s Grandpa grew up in the country and mentioned that his mother was a baking judge for the Country Women’s Association. In short he’s tasted many a cake in his time, which made me nervous as I anxiously watched him taste a slice…

He commented that not only did he love the cake, but it had an even and fine crumb, which is apparently what cake judges look for. 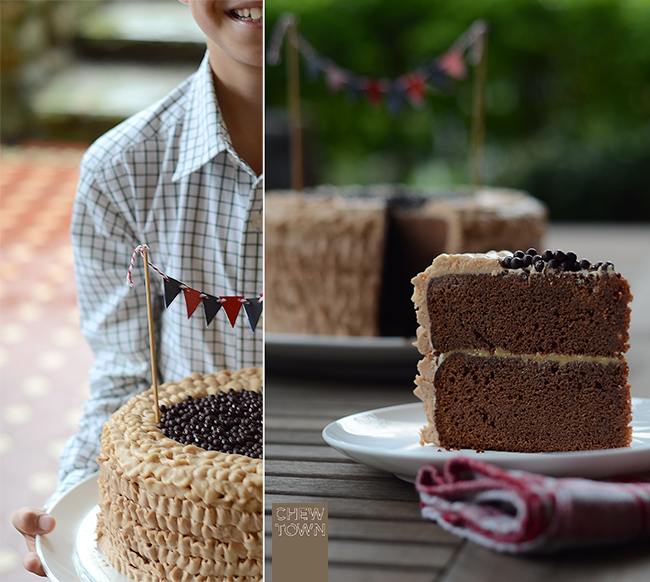 Divide the mixture into both of the prepared spring form pans and bake in the oven for 60 minutes (or until a skewer inserted in the middle comes out clean). Once baked, set aside until completely cooled.

Once cool, taking a bread knife trim the domed top off each cake so that they are level. On the top of one of the cakes, spread on the dulce de leche then turn the second cake over and place it on top. 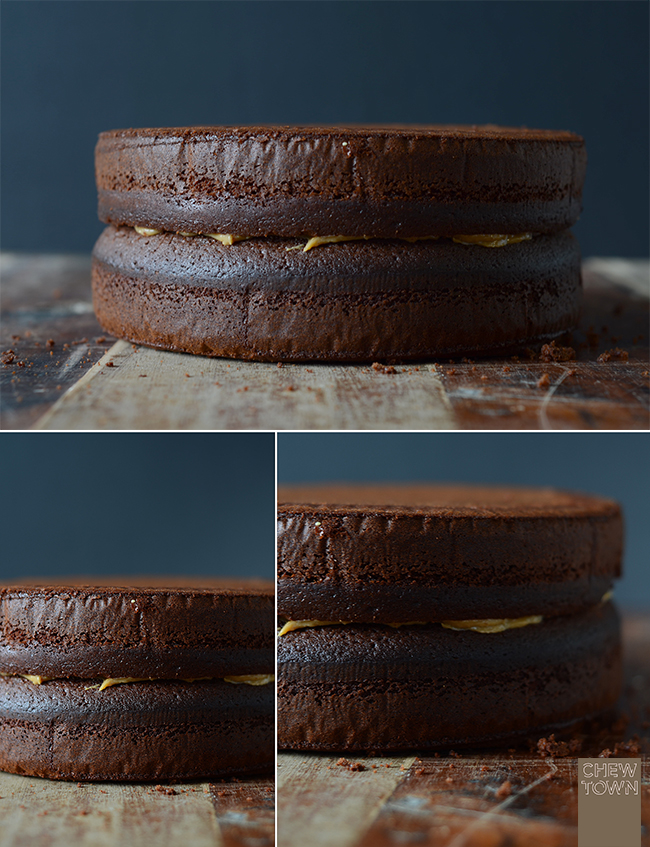 Cream butter and vanilla paste until smooth in an electric mixer (or using a hand mixer). Decrease mixer speed and add the icing sugar and icing mixture slowly till incorporated. Scrape down the sides of the bowl and then turn the mixer to high and add buttermilk continuing to mix for 3-4 minutes until mixture is light and fluffy.

Add the melted chocolate and stir till well combined – the icing when mixed should be a latte colour.

Transfer icing to a piping bag with a flat shaped nozzle inserted and slowly pipe the buttercream frosting in a ripple pattern in horizontal lines starting with the base of the cake. If the frosting starts to get too runny, pop the bag of icing in the fridge for a few minutes to thicken.

When you reach the top of the cake, pipe a few lines of icing on the top and then fill the hole with the dark chocolate crunchy pearls and serve.