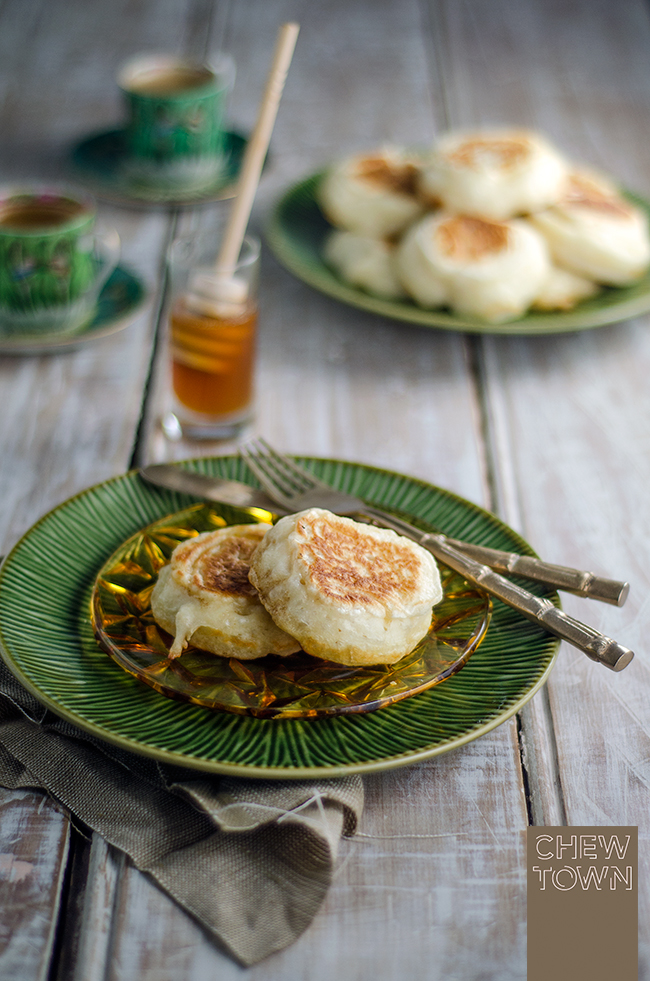 It’s not often I can surprise Scotty with food these days. He’s often expecting to arrive in the door to a three course meal, or a crazy experiment or an exotic ingredient. He always goes along for the ride and it is something I love about him. He usually comes home to one of two kitchen states: immaculately clean after I have finished cooking and had time to clean up, or full on explosion-kitchen mid recipe that any reality cooking show host would be rapping me over the knuckles for.

So, when a man is prepared for all kitchen states and final products, one couldn’t quite realise how the simple act of making crumpets from scratch could so delight. I think perhaps I had underestimated Scotty’s love of crumpets… but then, even I didn’t realise how much I loved crumpets till I made them from scratch.

In fact, they were so good and so much simpler that I thought that I think I need to throw out the recipe for fear of over indulgence. And, they really aren’t that hard to make. Six ingredients, a little bit of time for the yeast to do its job and a fry in the frypan.

So the moral of this story is, if you are looking for a little delight in the eyes of the person you love, tell them you’ve made them homemade crumpets. 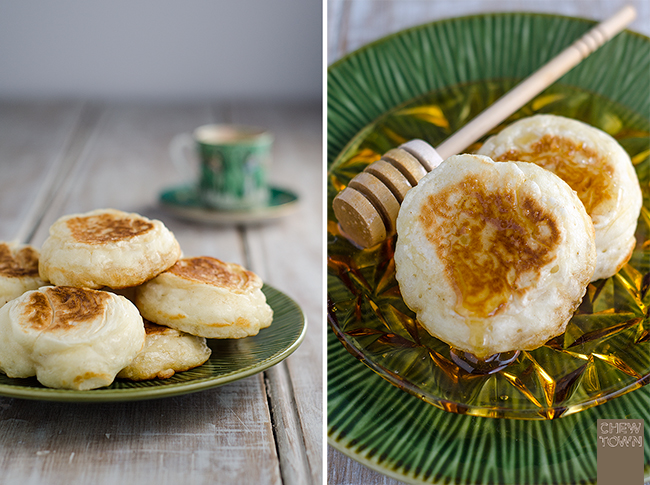 Combine the milk and water and heat in the microwave in short bursts until they are ‘hand hot’ (any warmer and you will kill the yeast before it activates). Stir in the yeast and sugar until dissolved and then set aside in a warm place for 15 minutes until the mixture is frothy.

Meanwhile, in a bowl sift flour and salt. Make a well in the centre and add yeast mixture once frothy, stirring with a wooden spoon until well combined and batter-like. Cover with glad wrap and then a tea towel and set aside in a warm place for 45 minutes. After this time the batter will be light, frothy and aerated.

When ready to cook the crumpets, spray a fry pan well with oil and then the inside of your egg rings (which will hold the crumpet batter while cooking). Heat the fry pan over medium heat and when hot, arrange the egg rings in the pan and drop a large tablespoon full of the batter into each egg ring. Let them cook for a few minutes until bubbles appear on the surface, then remove the egg rings gently (using a fork or knife as they will be extremely hot) and flip the crumpets over and cook for a further minute then remove and set aside. Re-spray and reheat the egg rings and then repeat with the remaining dough.

Serve warm with butter and honey.

If making these in advance, they can be reheated gently in the microwave as they are best when warmed through.