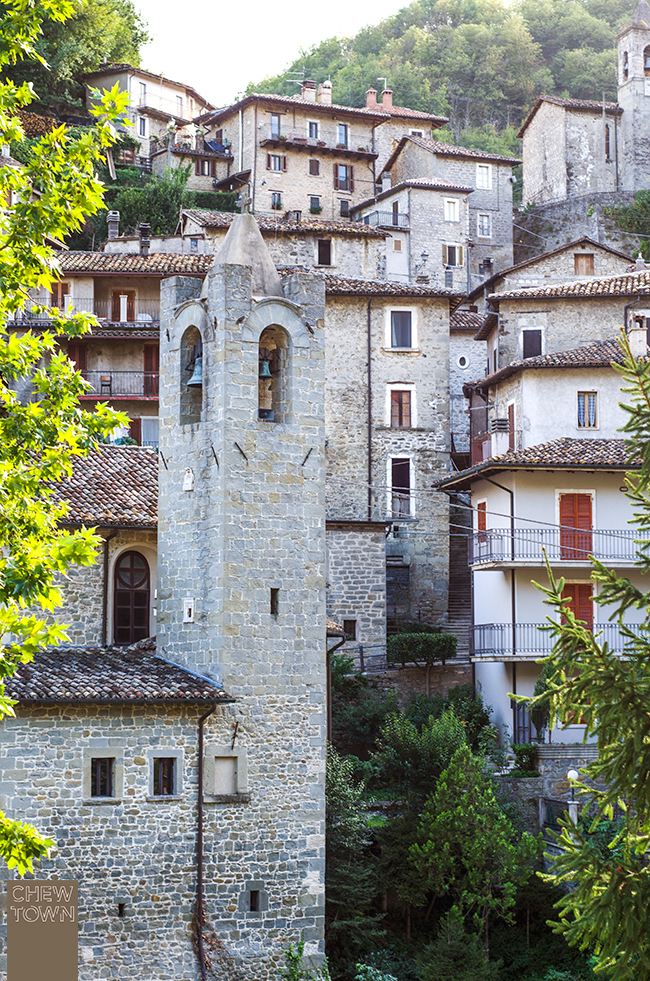 My father moved to Australia from Italy in his early 20s. Hailing from the country town of Quintodecimo in the Marche region, Dante was an ambitious man and left Italy to build a new life for himself in the land of opportunities – but the impetus to move at the age he did was certainly heavily influenced by his desire to avoid the 2 year compulsory conscription in the Italian army, which all young Italian men faced at the time.

Dante found love in Australia with a young and beautiful Italian girl from Calabria and had three children, me being the youngest, whom he all ensured learned Italian from very young age. He built a successful hairdressing business and later became a restauranteur and property developer. But for all his success in Australia, Quintodecimo was never far from his heart and he never left it too long between drinks in his hometown.

I remember visiting Quintodecimo as a young child with Mum and Dad, but it wasn’t till September 2013 when he took all the kids, partners and grand kids to Italy (12 people in total)  in celebration of his 70th birthday, that I truly appreciated how beautiful this town was. And I understand its heavenly call through the Mediterranean and across the Indian Ocean to Australia, because after coming home, I now long for the day we can return.

Ciao Town is a new series on Chew Town that I hope you will all love. It will be an ongoing series that I suspect will take the rest of my life to complete – If I ever actually complete it. With the blog so heavily weighted towards Italian recipes, I often receive feedback and comments about people’s love of the Italian lifestyle. Italians truly do exercise “la bella vita”  all day every day, and so with the introduction of Ciao Town I will aim to bring you snap shots of the different cities, towns and regions of Italy to show that despite such a unified love of the Italian lifestyle by all Italians, each town, city and region has its own special way of living this wonderful life. And it all centers around food.

While Quintodecimo is by no means a large and bustling town (it has two churches and no shops), it is the most peaceful and bountiful place, and forms the foundation of my Italian heritage – the perfect place to start taking you all on the journey that will be Ciao Town. 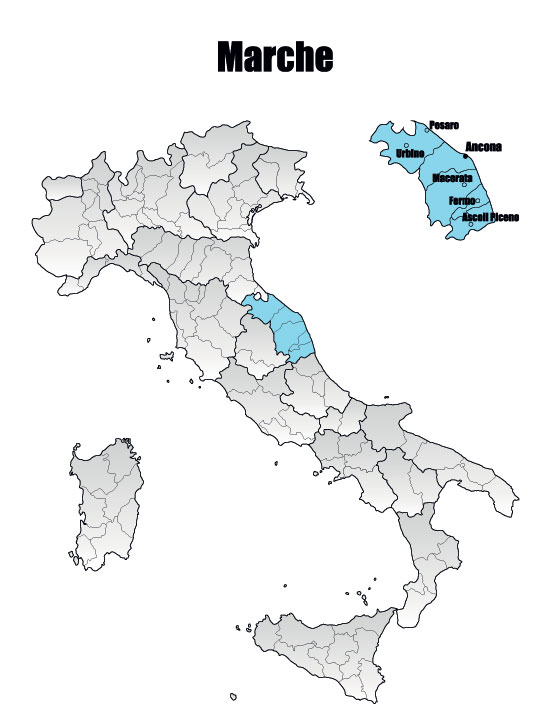 The inhabitants of Quintodecimo are surrounded by small plots of fertile land spread across the mountainside, and over time stone houses built up and around as space allowed.

The entry to Quintodecimo is marked by the Ponte di Quintodecimo, a gorgeous ancient Roman stone bridge over the river Tronto which runs in the valley beside the town. A large winding stone staircase snakes through the town sending guests from the tiny piazza at the end of the bridge up to the top, where the town’s only hotel, the recently renovated and utterly charming Bed and Breakfast da Temperi sits anxiously awaiting your arrival.

The province of Ascoli Piceno in which Quintodecimo is located was one of the original Roman Empire cities of Picenum called Asculum (we are going back so far I’m having to use ancient latin here) and it is the reason for the stone Roman bridge entry and staircase through Quintodecimo. The town sits on the ancient Via Salaria (salt road) through Ascoli Piceno which was the route that the ancient Italians used to collect salt before the founding of Rome. It later was used by the Romans as one of the main roads to transport their massive army of conquerors into far off lands.

But that isn’t Quintodecimo’s only link to war-time past. My father was born in August 1943 which was one month before Italy defected from its Axis alliance with Germany and Japan in World War II, to join the Allies. The moment this happened, the German troops were expelled from Italy. It was at this time that the German’s realised the war was almost lost for them so they began to inflict harm on as many towns as they could on their march out of the country. Given Quintodecimo sat on one of the major roads through Italy, the inhabitants had to flee for fear of what the German’s would do to them as they passed through.

My father’s family walked an hour and a half up the mountainside to take refuge in the big cave they had converted into a casetta (cottage) built to protect some of their animals from the elements and where they would make some of their fresh cheeses and sausages. There were two adults and six children (Dad’s youngest brother, Arturo was born just after the war), and lord only knows how frightening it must have been for them all. They stayed in the casetta for three months, and my grandfather, Adamo, would wait until the cover of darkness between the scores of marching troops before sneaking back into the town to gather supplies for his family. Luckily, they all made it out of the mountains safe and well.

Before World War II Quintodecimo had roughly 3000 inhabints but after the ravages of war, most of the inhabitants migrated to the larger cities of Italy or overseas to recover and build a better life.

The Mountains of Quintodecimo

With Quintodecimo located on the side of a fertile mountain land, the townspeople take advantage of their environment beautifully. The remaining inhabitants of the town have laid claim to the surrounding garden plots to the left and right of the houses. Many of these were inherited and some have been purchased from others over time. Still living in Quintodecimo is my uncle Arturo (above right with my father left), the youngest of my father’s family, who continues to work the plots of my grandparents.

A short hike up the hill and you begin your ascent into the mountains, where all sorts of beauty awaits with wild nut trees, berry bushes, springwater streams, and gorgeous butterflies. The beauty of it is astounding. If you trek up the mountain far enough you will be rewarded with a gorgeous copse of chestnut trees just waiting for picking season.

The thing that strikes you most about this town is the way the people all band together to help each other. The day we walked up the mountain we were greeted half-way up by a group of men and women who had cut down trees in the mountains for firewood which was later dragged down by their mules. When asked who the wood was for, they all answered with great gusto “firewood for the whole town!”. A few moments later, my uncle came racing up the mountain on his beat up Vespa to help them (see picture of Arturo below – possibly my favourite photo of the visit). 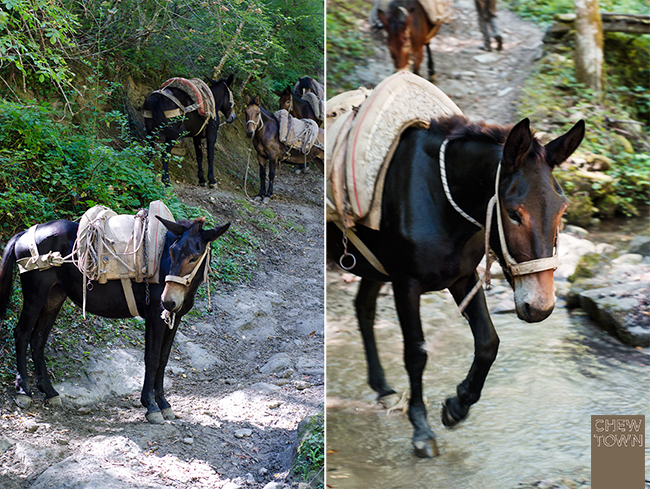 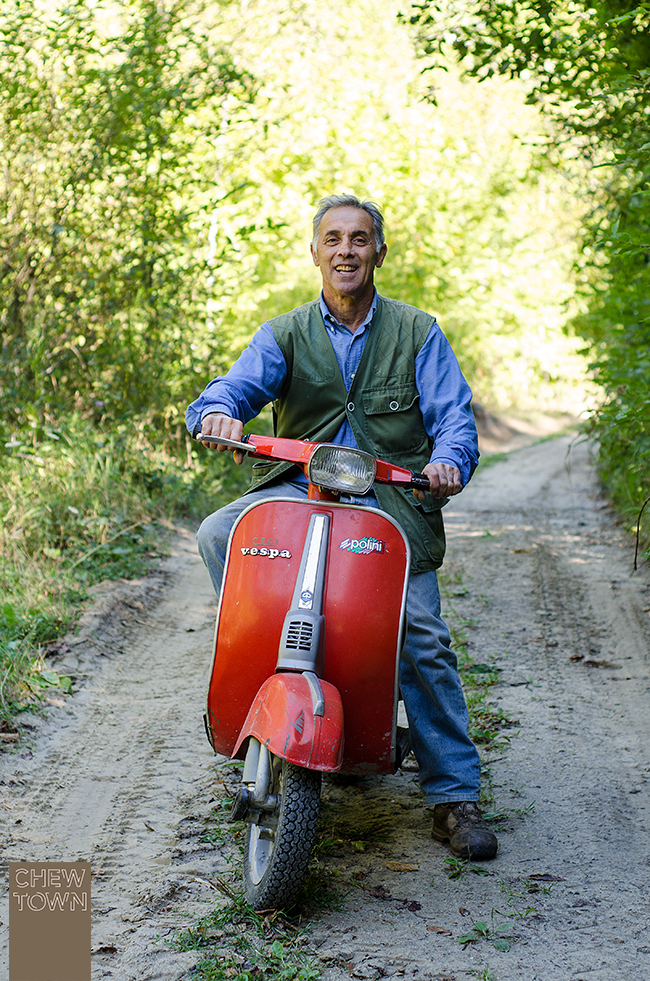 The Food of Quintodecimo

The land must be very fertile in Quintodecimo because not only are there a myriad of things growing in the townspeople’s plots, but there seems to be food growing wild all over the place. One look up into all the trees and you realise that every tree bears fruit or nuts. One might be a hazelnut tree, the other a walnut tree, or even a persimmon tree – and all are laden with their goodies.

Zio Arturo loved that I took such a keen interest in what he was growing, and on one plot alone he had grape vines, fig trees, fennel, potatoes, rocket, verdura (all kinds of spinach and lettuce), tomatoes, and a myriad of other foods growing. I’ll be honest and say it was quite possibly the best looking vegetable garden I had ever seen in my life. Everything just looked so healthy and I wanted to pick a little bit of everything he had growing and bring it back to Australia with me.

That’s the key to this lifestyle – everything is picked fresh to eat. There are always lots of different things growing so that one can have variety for dinner. This is not mass production, it is about growing on a small scale and feeding your family fresh every day. The figs we picked straight from the tree to eat while wandering the plot were sweeter than any fig I have ever bought.

Animals are also kept in small numbers due to the nature of these mountainside plots. After visiting the garden plot, my uncle took us to the area in which he kept his chickens and rabbits. It is the circle of life at its finest and when I thought of the lifestyle my uncle and his wife led, I was definitely envious – it was a world away from ours. 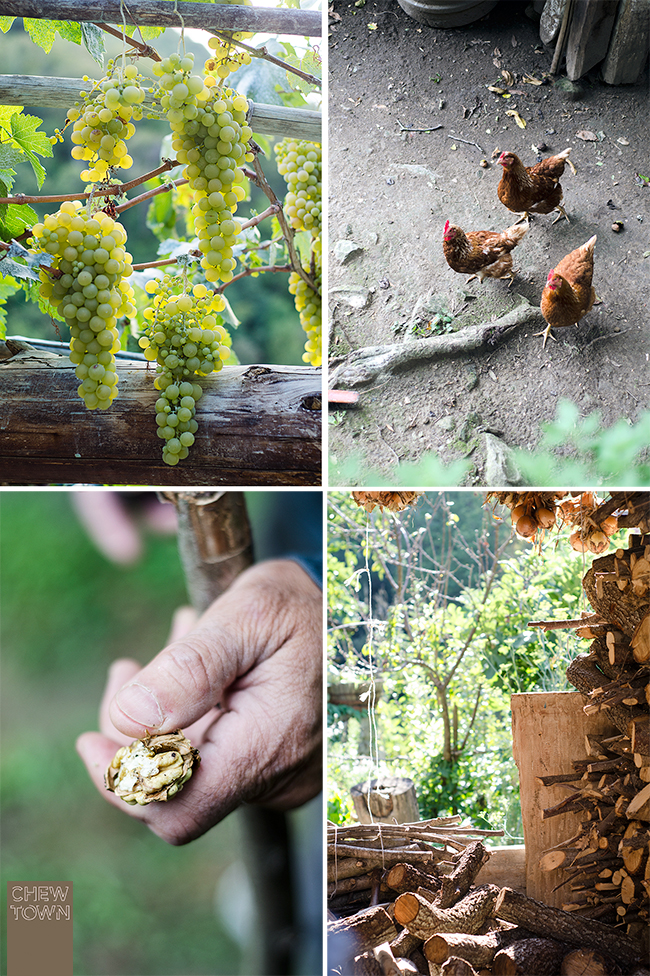 The Water of Quintodecimo

The key to the fertility of the land at Quintodecimo is definitely its spring water. There are three different sources of water surrounding the town, which definitely seems excessive for a town of this size.

At the entry to Quintodecimo, under the Ponte di Quintodecimo, is the Fiume Tronto. This is a freshwater river that traverses three regions of Italy (Marche, Lazio and Abruzzo). It is 115km long, starting at Monte della Laghetta and ending in the Adriatic Sea. During heavy periods of rain the water falls down the mountain and into the river swelling it to at least 10 times it’s size. It explains why the bridge sat so far above the river when we visited. While Tronto it is a freshwater river, the townspeople usually don’t drink from it. This is largely due to the two other sources of water in the town.

Below left and right are images of the stream that flows over the mountainside called the Fuime da Pegna. This freshwater stream runs beside you as you steadily climb the mountain, and if you are thirsty on your walk, a little sip from this stream can help quench your thirst.

But the best and most magical of the water available at Quintodecimo is the water from La Fonte (below bottom). This water comes directly through the rocks in the mountains and is protected from all the elements. It is cool in Summer as the rocks prevent it getting hot, and it is warmer in Winter for the same reason. The people of Quintodecimo built this stone receptacle many years ago to take advantage of its natural flow and around it sprung up a laundry room where the women of Quintodecimo in a bygone era used the water to wash their clothes.

You can’t help but feel a little healthier and better off after drinking this water. It tastes as pure as water gets.

Well, that’s about all I have to share about Quintodecimo. It is not a town I suspect many will visit on their vacation to Italy, but it will help to show another side to the country that many just don’t get the chance to see. It will also provide great contrast to my next Ciao Town post which will be one of Italy’s great tourist cities.

For those of you who stuck around to the end of this post, I thank you for letting me share this magical place with you. Even if there is no-one left I know that my father, Dante, will be here reading this. Hopefully with a great sense of pride in his eyes and love in his heart. I’ve never heard anyone speak with such excitement and energy about their hometown as my father does about Quintodecimo. 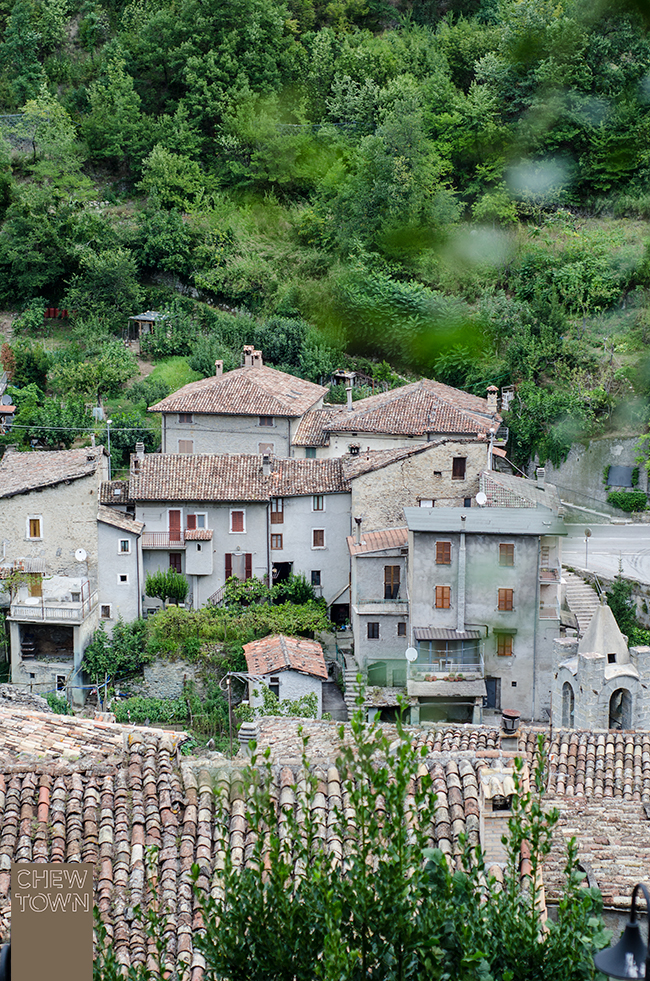