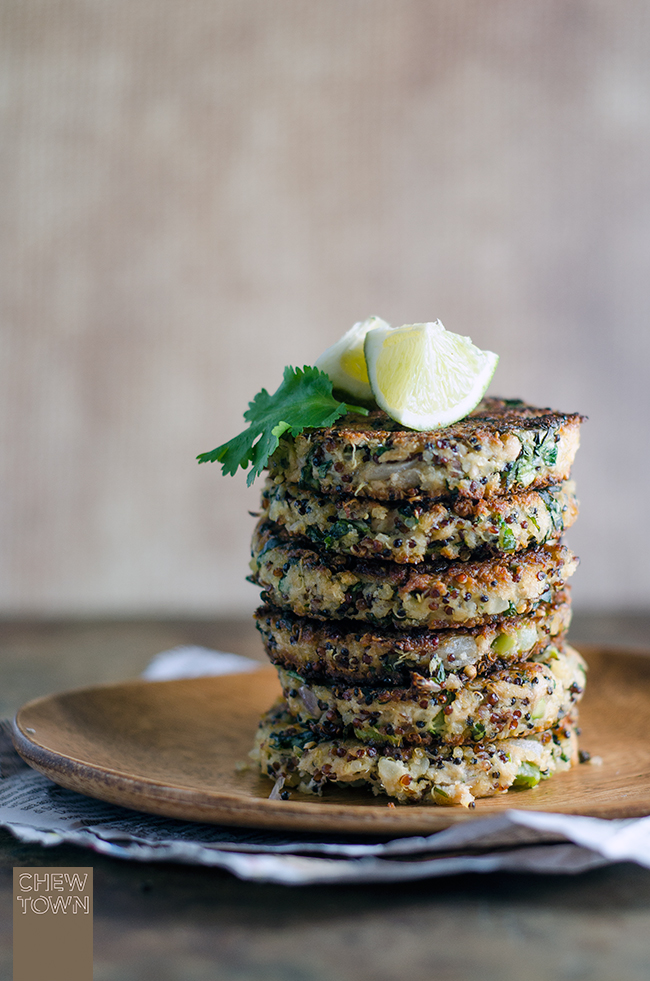 I’ve been playing around with Quinoa lately. Finding ways to – and let’s be honest here – make something that really can be quite tasteless on its own (albeit very good for you) become tasty. It’s a seed that is both gluten free and very high in protein, but slightly bitter tasting due to a coating that occurs naturally which is usually removed by the grower before shipping.

Now, I’m clearly a little late to the quinoa party, but that’s me. I’m not an early adopter and I don’t like to bandy about the ‘superfood’ title (heck even writing it in the previous sentence made me cringe).  After experimenting rather successfully with red quinoa for the Harissa Chicken and Herbed Quinoa recipe, I still had the rest of the packet left so I found myself thinking of ways that I can tart it up even more. It was time to make quinoa the star of the dish and not the side.

This blog is certainly no stranger to fritters. A quick search in the sidebar will yield many results and this is largely because I grew up with my mother making corn fritters and cauliflower fritters on a regular basis. I really did love them and as I got older, I regularly had the task of frying them. My mother often commented with faux surprise on how few fritters the batter yielded – there is nothing better than piping hot fritters fresh from the frying pan *wink wink.

I knew that the quinoa wouldn’t hold together like fritters would so I resisted the urge to add flour (ensuring they remained gluten free) used almond meal instead, and decided making patties would be the more logical vehicle to let the quinoa shine.

These patties are Asian inspired with choy sum, ginger, garlic, coriander and lime and the ingredients really do take the tuna and quinoa to the next level. I was on my own when I made them, so I took my usual fryers tax (I think this equates to about 4 patties) and then left the rest for Scotty to enjoy when he got home.

Well, while he was happy to eat the herbed quinoa from the Harissa Chicken recipe, I’m pretty sure he wasn’t convinced by quinoa… until he tried these. After which they rapidly dwindled in number and garnered a wonderfully rewarding grin of acceptance. 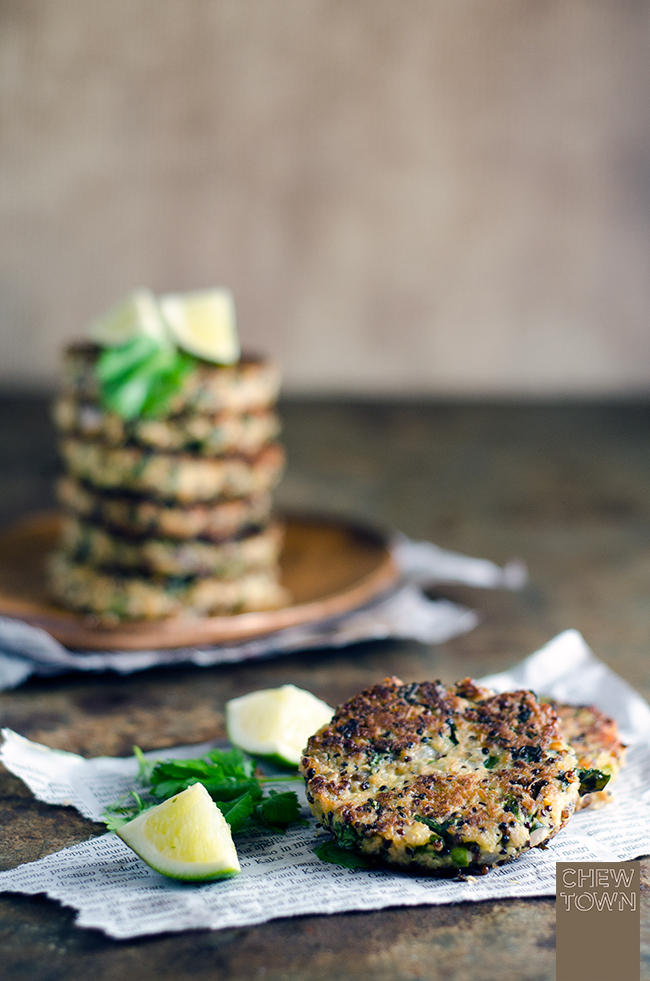 Rinse the quinoa well. Add it to a medium saucepan with 4 cups water over a medium high heat until it comes to the boil. Turn down the heat and simmer for 10 minutes until quinoa is tender. Remove from heat, drain water and set aside to cool.

In a large saucepan, heat 2-3 tablespoons oil over medium high heat.Place large spoonfuls of the mixture into the frying pan and press down till rounds are about 7cm in diameter.  You don’t want to crowd the pan, so I would say cook about 4-5 patties per batch.

Leave to fry for 1-2 minutes till golden brown, then gently flip with an egg flip and cook on the other side for another 1-2 minutes. Remove and place on paper towel to drain any excess oil.

Repeat with remaining batter. Then serve.

*If you want your patties perfectly round, fill egg rings with the mixture and press down to compact, then gently transfer to the pan and remove the egg ring. 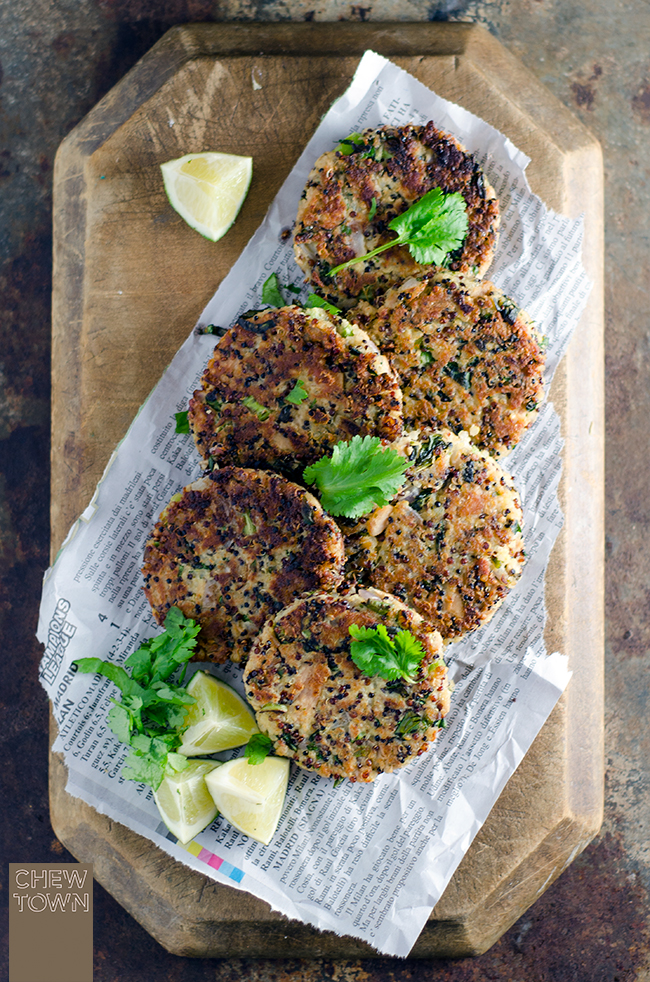