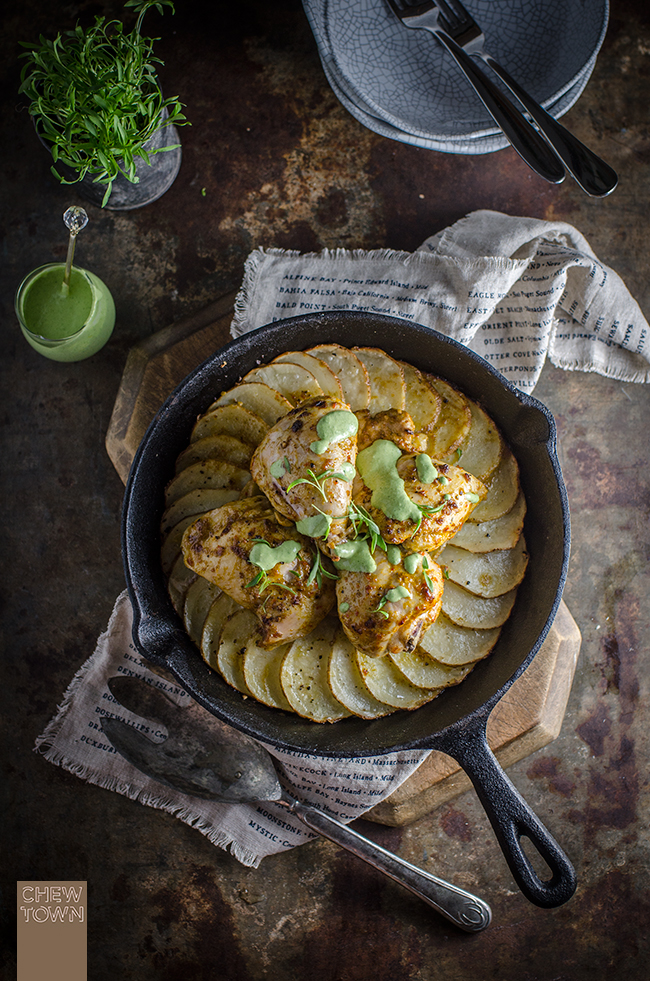 I’m not joking when I tell you this is a midweek meal. It might not look it, but it is seriously something you can throw together, pop in the oven and enjoy straight from the dish.

This is a great one for two people to enjoy after work, but it would also work well if you were having people over during the week and wondering what the hell you can cook after a stressful day without creating too many dishes to wash after they leave (does it sound like I’ve done this before?) then this is the dish for you. Let’s face it, if you have having people over mid week, they are likely to be your family or closest friends and don’t expect you to serve them a three course meal and are happy with something super tasty and a little bit special.

I like my food spicy, so I’ve titled this Pack-a-Punch One Pot Chicken and Potatoes, because the chicken marinade’s prime ingredient is birds eye chilli (seeds and all). But never fear, you could always make yourself a ‘Pack-a-Slap’ version by using a large red chilli with the seeds removed if you are making it for your family or don’t fancy too much heat.

It might look like I have spent lots of time on this dish, but trust me, I haven’t. Firstly, the potatoes have skins on so I din’t peel them, and they have been finely sliced with a mandolin which can be done super quickly. Then it is simply a matter of making a marinade for the chicken in your blender, popping the chicken on the potatoes and baking. I then took a bunch of coriander and some yoghurt and blitzed it together with some lemon juice while the chicken was cooking to make the sauce (needed to counteract the punch of the chilli).

The resulting dish has potatoes that are both soft and crispy on the edges and are flavored with the chicken and its marinade, which gets your heart going with its fiery kick all soothed by the coriander yoghurt sauce. Sound good?  It is! 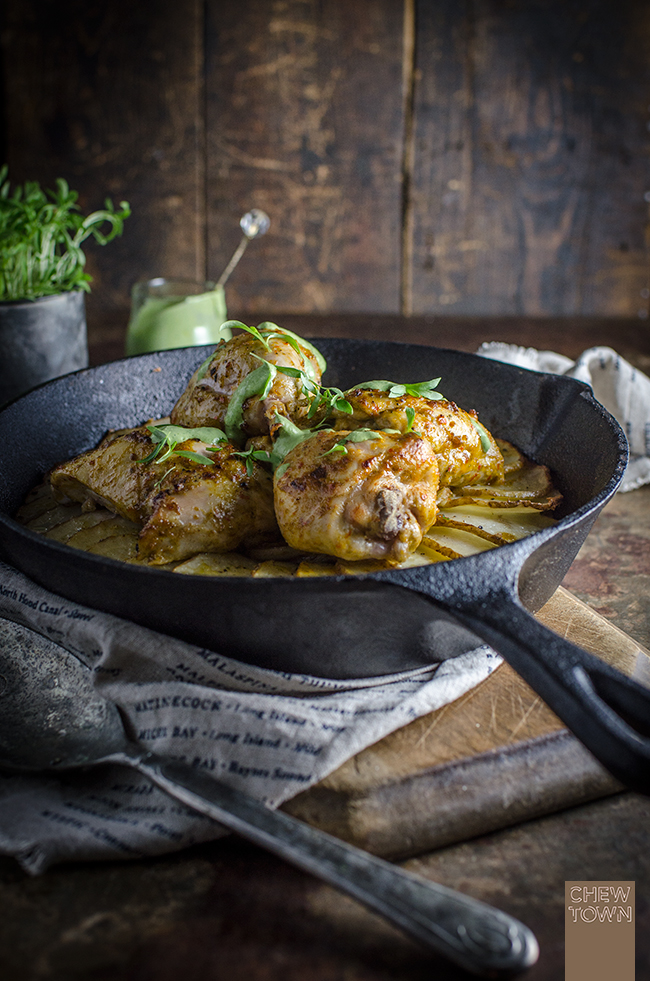 Pack-a-punch One Pot Chicken and Potatoes

Wash and scrub your potatoes well as the skin will be left on for the dish. Then using a mandolin slicer (or speed slicer), cut the potatoes into around 4mm thick slices. Fan out the slices in the bottom of a large baking dish covering the base, drizzle with olive oil and season with salt and pepper.

Place the baking dish in the oven and bake for 50 minutes until the chicken is golden and the potatoes are soft and crisp on the edges.

Meanwhile, prepare the coriander and yoghurt sauce by placing the coriander, yoghurt and lemon zest in a bowl and blending with a stick blender until well combined. Place in the fridge until ready to serve.

Remove the chicken and potatoes from the oven and serve with the coriander yoghurt sauce. 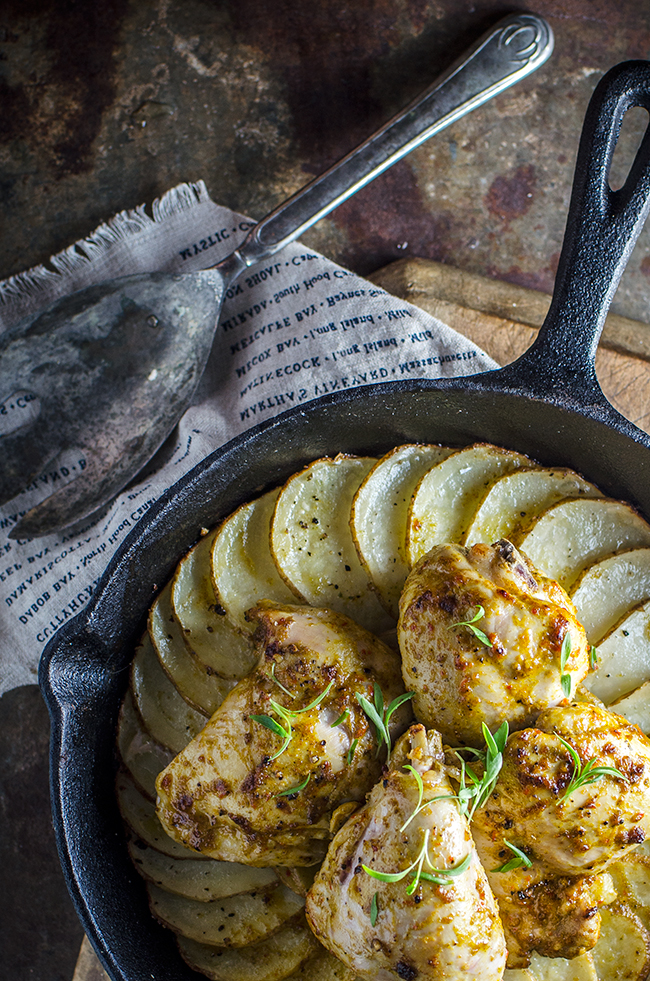