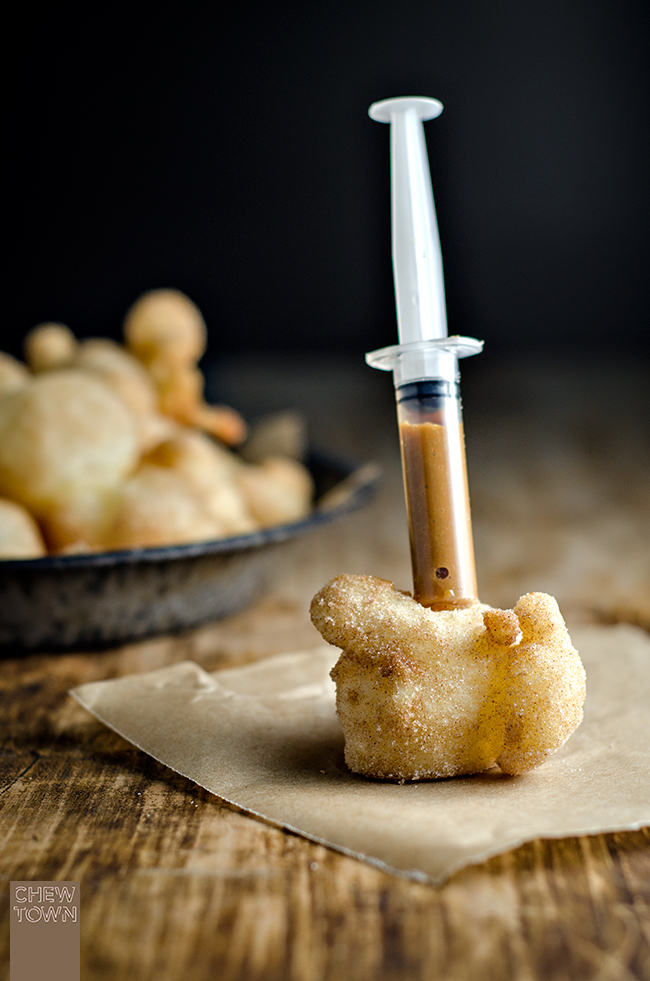 Cassava is a root vegetable native to Central and South America and also popular in the tropics. For those of you who are regular visitors from the Northern Hemisphere, you might be thinking “Yeah, tell us something we don’t know!”, but here in Australia, Cassava is a rather unknown vegetable. Please bear with me as I explain it to my Australian friends, because believe me, this recipe is worth your patience – I promise!

Cassava is a highly productive crop as it is one of the most drought-tolerant crops and can be grown on soil where other crops may not grow so well. It is also known as yuca, brazilian arrowroot or tapioca and its taste is slightly sweet. Incredibly versatile due to its incredibly high starch content, it can be boiled, mashed, baked, fried or can be turned into a flour and used in breads cakes and cookies.

I came across Cassava thanks to our yearly trips to the Fiji islands where Cassava has become the most cultivated and consumed staple crop in Fiji. After being served Cassava chips with many of our meals, I decided to investigate this root vegetable a little more upon returning to Australia. It is rather hard to source here (I’ve not been able to find it fresh), but if you live in Sydney head to Fiji Market in Newtown or I have been told that you can also source it from Asian supermarkets around the country in the freezer section.

When thinking about what to make with the bag of cassava sitting in my freezer, it helps that I was not wedded to a single cuisine as it meant I could experiment. I read about 50 recipes and settled on fried cassava balls. After having my oil a rather hot (thanks to the inconsistencies of my electric cook top) the balls puffed up into wonderful misshapen crispy treats that were hollow on the inside. I rolled them in cinnamon and sugar and ate about 6 of them (for taste testing purposes only) but then I remembered that I had dulce de leche in the fridge, so I injected them with the caramel, and tried them again. The resulting cassava puffs were next level good.

The best thing about this recipe? The puffs taste like a sweet doughnut, are completely gluten free, and have only 5 ingredients including the cinnamon sugar and caramel. Don’t worry if you don’t have any caramel on hand, you can easily make the caramel with a can of condensed milk (see here) or omit it entirely. 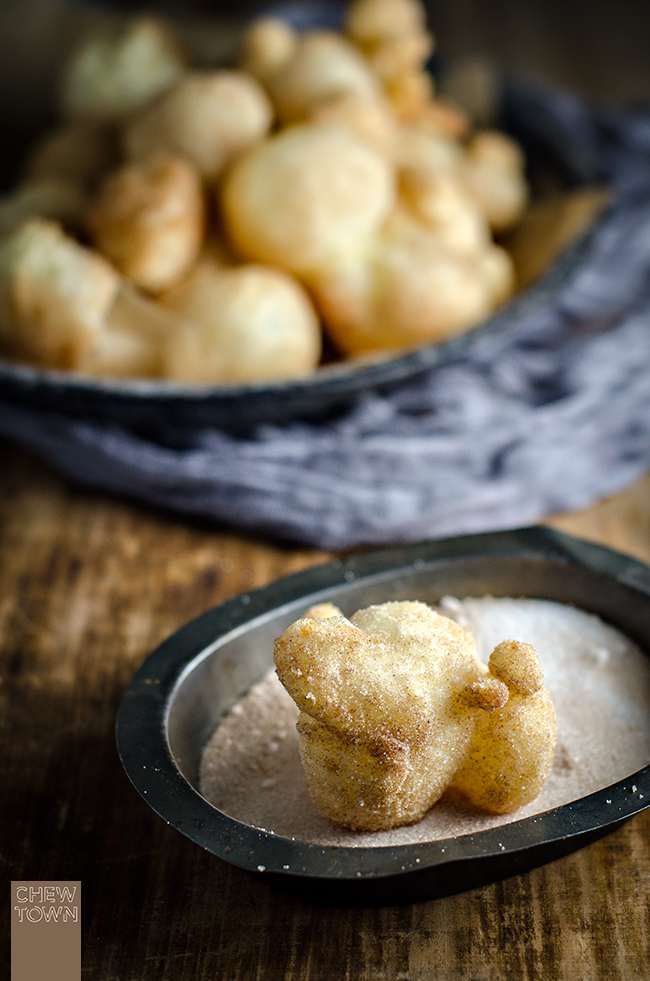 Place the cassava in a large pot and cover with water. Cook over medium heat until the cassava is tender when pieced with a fork. Drain out the water and transfer the cassava to a food processor with the salt and blend until smooth.

Place a medium sized pot of oil over a medium high heat until a tiny piece of the blended cassava sizzles when dropped in the oil. While the oil is heating, combine the sugar and cinnamon in a shallow bowl and set aside. Using oiled gloves (because the cassava will be hot and sticky) roll the mixture into 30 evenly sized balls. When the oil is hot, drop the cassava balls in batches carefully into the oil and fry for 4 minutes or until golden and puffed, turning them over once about halfway through the cooking time.

Remove the puffs from the oil and drain on paper towel before rolling the puffs in the cinnamon sugar. Then pierce each puff and pour in a little of the caramel (I used a syringe to get my caramel inside). Serve immediately while piping hot.