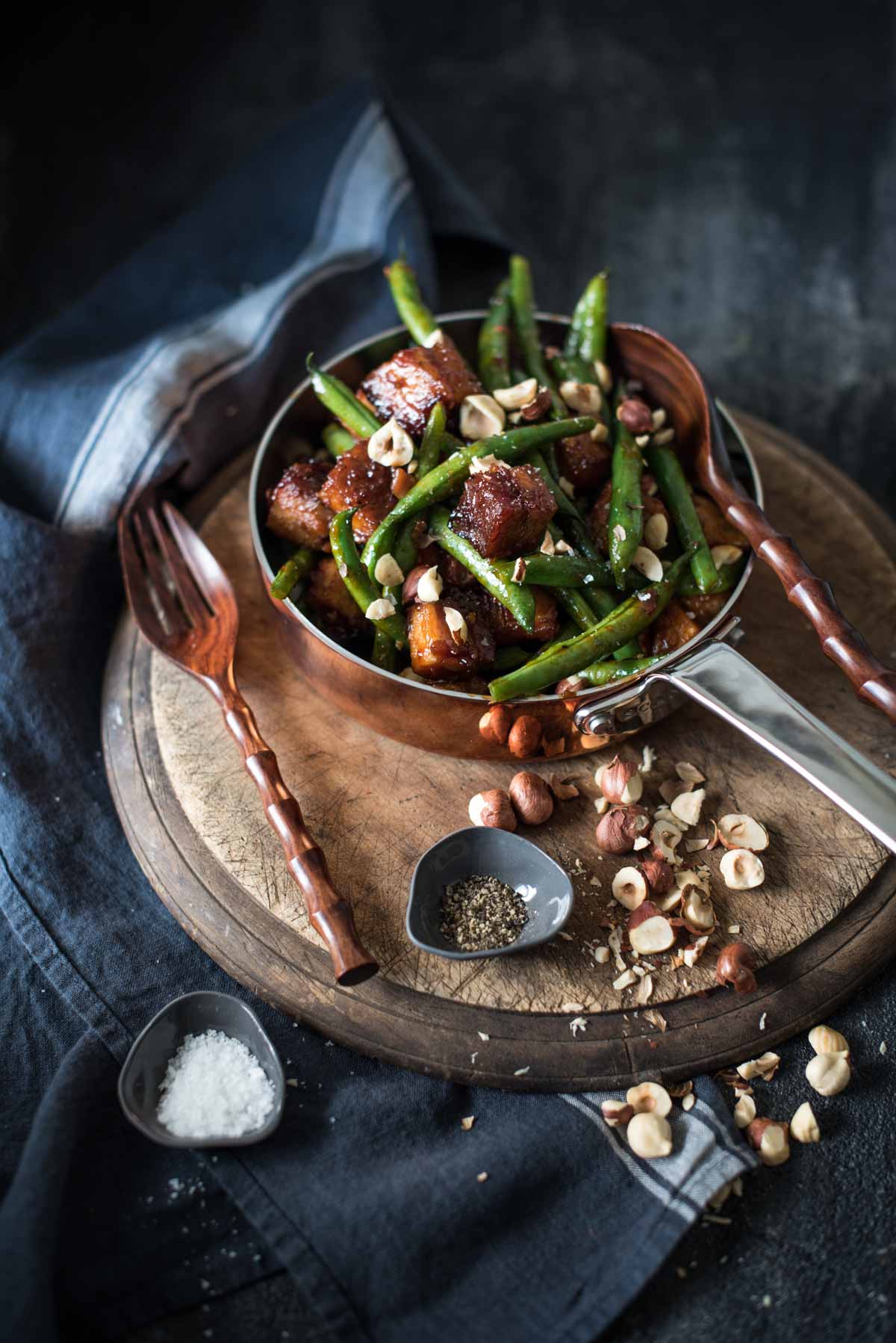 Official first post of the year. I’m going to be honest and say that I hadn’t intended to have such a long break beyond the usual post Christmas hiatus that usually happens on Chew Town. I even jotted down a list of all the wonderful things I would write about with the abundance of faux-free time that I thought I would have in January.

The sprint downhill towards the end of the year following my wedding in late September (more about that soon) was filled with urgent shoots and client requests which I thought would ease off. Indeed it did… for about 2 weeks before the requests started coming in again.

So, here I am about two weeks later than intended bring you something that I’m sure will absolutely make up for it – twice cooked caramelised pork belly. It has all the words you want to hear really, starting and ending with pork belly and then throwing in a double cook and even a caramelisation.

The best bit though, is the bit that you don’t even know yet. Frangelico hazelnut liqueur was used in both the first and second cooks making it simply delicious. 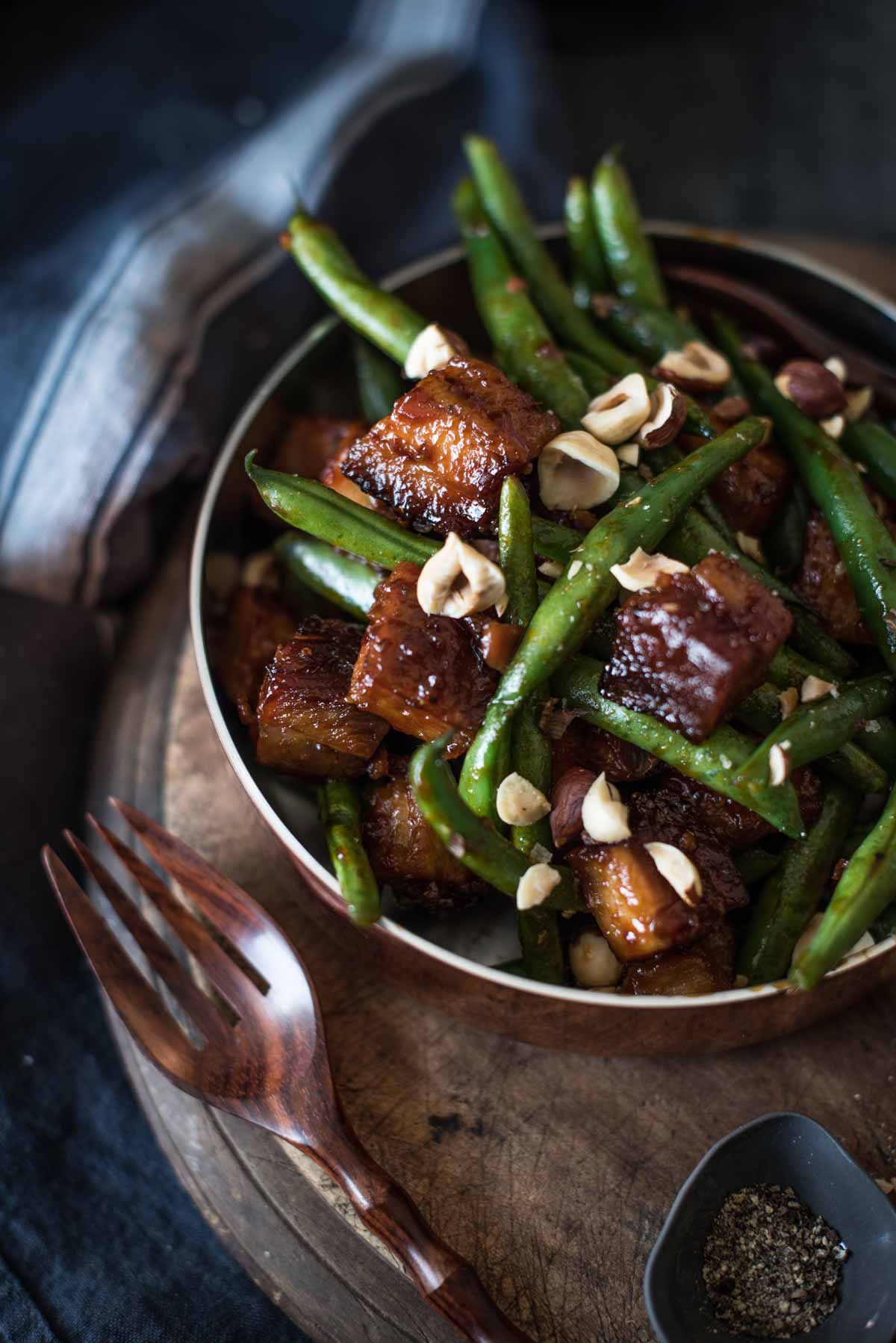 Cooking something twice seems excessive at the best of times, but it really works for pork. The first cook is a three hour slow cook of the pork belly making it incredibly tender and juicy (it requires minimal effort, is set-and-forget, and is done the day before) and the second cook is where all the magic happens with a quick caramelisation in the oven.

I try not to have pork belly often thanks to all that delicious fat, but it is definitely one of my favourite cuts of meat – there is so much flavour in one little mouthful. Thankfully, my friends at Murray Valley Pork sent me a delicious parcel just before Christmas containing a rather epic piece of pork belly.

As well as this recipe, stay tuned in the coming weeks for an upcoming post using pork belly to make homemade Italian pancetta at home! 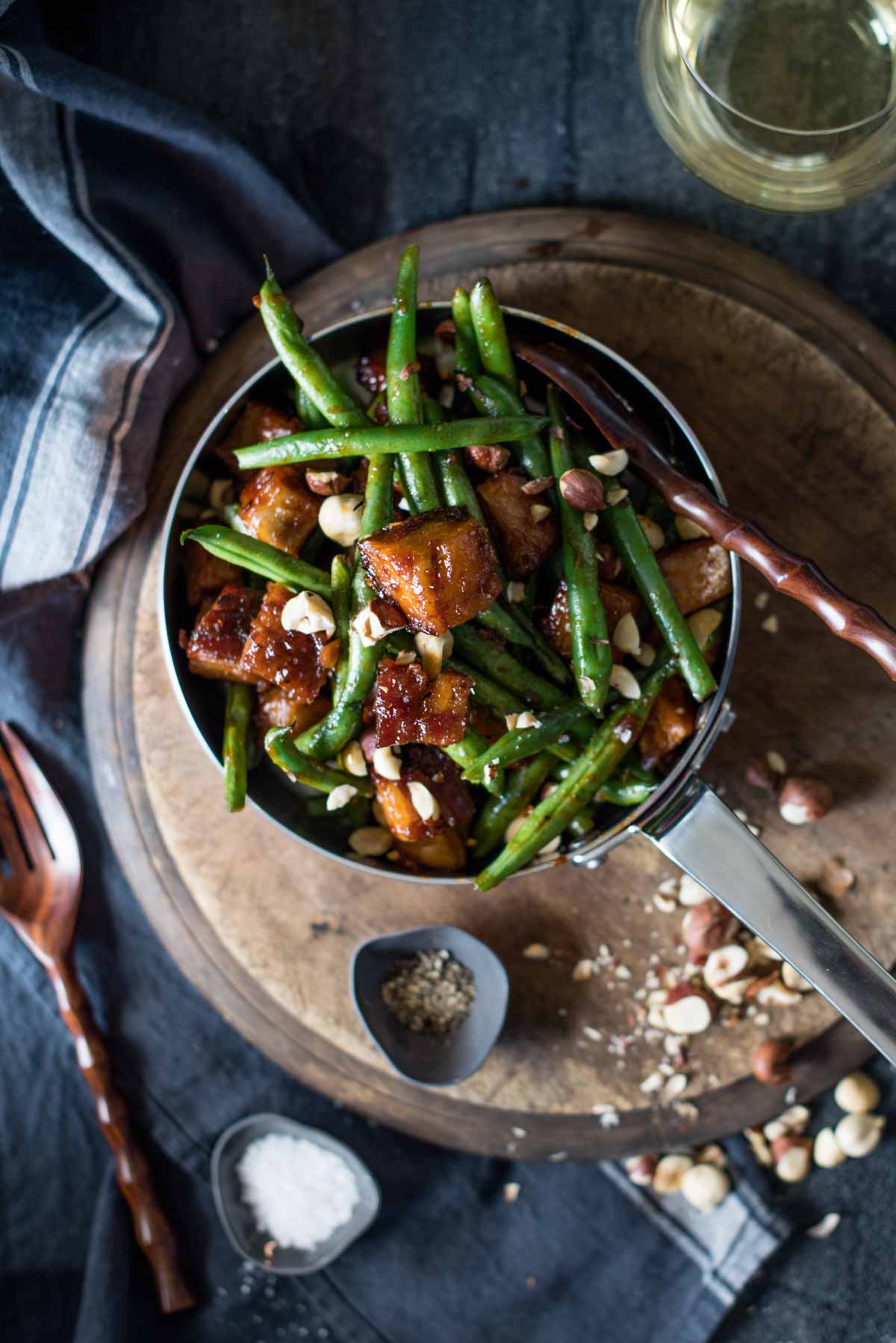 Season the pork belly on both side with salt and pepper. In the base of a small baking dish pour 100ml of Frangelico and add the star anise, then top with the pork and cover with aluminium foil. Place in the oven and bake for 3 hours. Remove from the oven the set aside on your bench to cool for 1.5 hours (you need to be able to slice the pork into cubes without it falling apart). Alternatively, you can refrigerate after the pork has cooled and complete the recipe the following day.

Cut the meat into 2cm pieces and place in a baking dish. Bake for 20 minutes tossing the pieces every five minutes until the pork is sizzling.

Meanwhile, combine the tomato paste, soy sauce, maple syrup, chilli and remaining Frangelico in a small pan. Place on a medium high heat and leave to boil until it has thickened to a syrup. Remove the pork from the oven and toss in the syrup, then place back in the oven to caramelise for another 10 minutes.

Blanch beans until just tender, then toss with the caramelised pork belly and hazelnuts to serve. 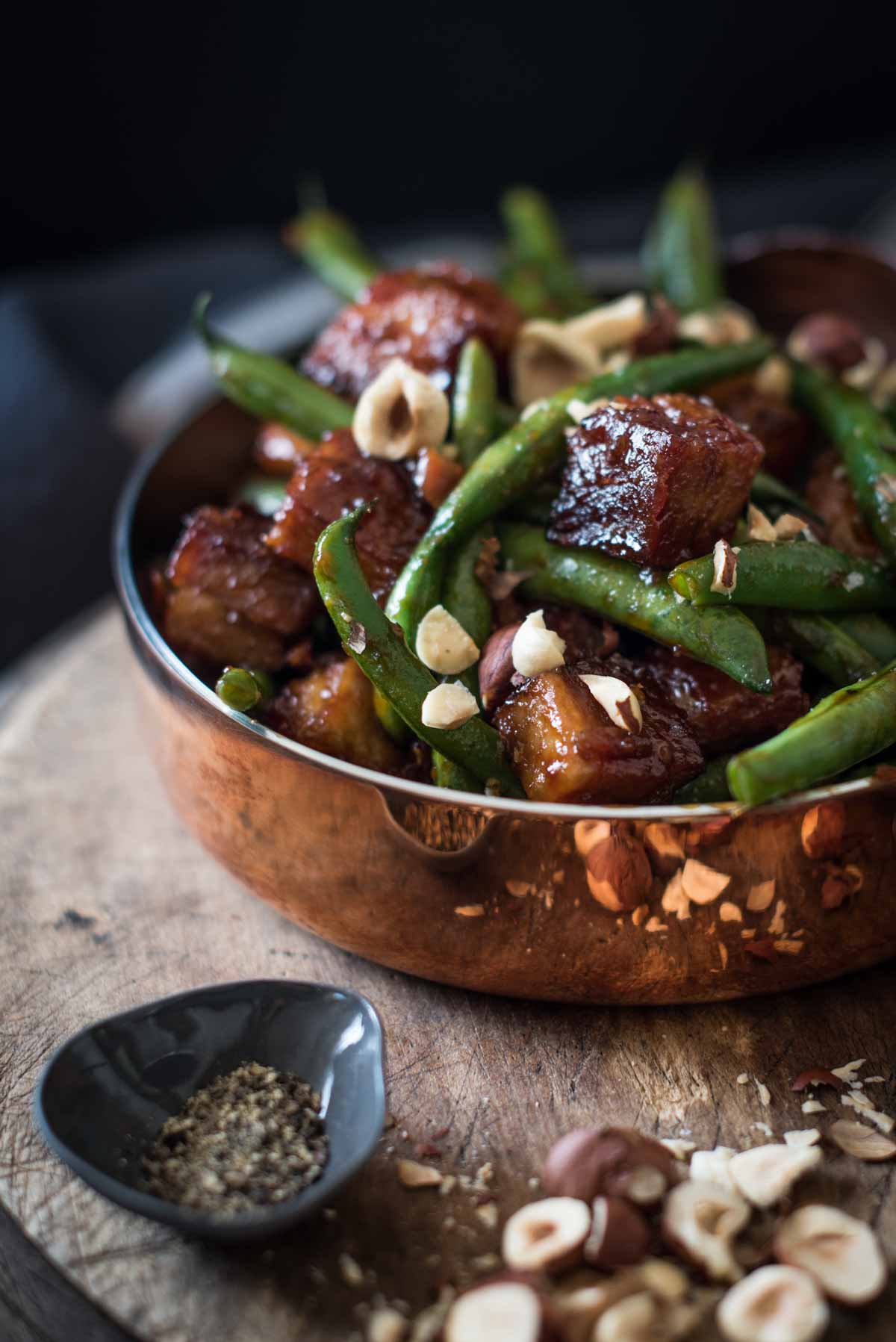 The Maitre’D copper pan featured in this post is from Scanpan with thanks.