There is this dish that I cook for Scotty D that he loves – Tuna Risotto Pie. I have been making it for a while now and can even make it without the recipe – which in itself is a triumph – but it is still made exactly to recipe. The last few times I have made it, Scotty D has been thinking about how to come up with another version (as his creative mind is want to do) and he has decided that it would work really well with salmon and cream cheese instead of tuna and bocconcini.

Today he was going to be out all day and so we agreed that maybe I could give it a go. After all, we had already decided that salmon, dill and cream cheese could work, so it was up to me to figure out what else to put in.

So, there I was at the supermarket frantically Googling what goes with salmon and  having lightbulb moments in various aisles and it felt pretty good!

The original recipe had tuna, rice, bocconcini, sundried tomatoes, onion, garlic, chicken stock, eggs, parmesan and spinach. So armed with a new set of ingredients, renewed vigour for this old recipe and excitement at the unknown… I gave it a go. 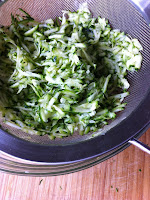 Firstly, put cream cheese, milk, lemon zest and a small handful of finely chopped dill in a bowl and mix together until well combined.

Grate zucchini and place in sieve over a bowl with another heavy bowl on top of the zucchini. Leave until liquid drains.

Cook salmon in a frypan until still blushing and let rest for 5 minutes then flake into small pieces.

Preheat oven to 200 degrees. Place cream cheese, zucchini, rice, salmon and all remining ingredients in a large bowl and stir until well combined. Press into a greased spring form pan, add thin slices of lemon on top to decorate and bake for 60 minutes. 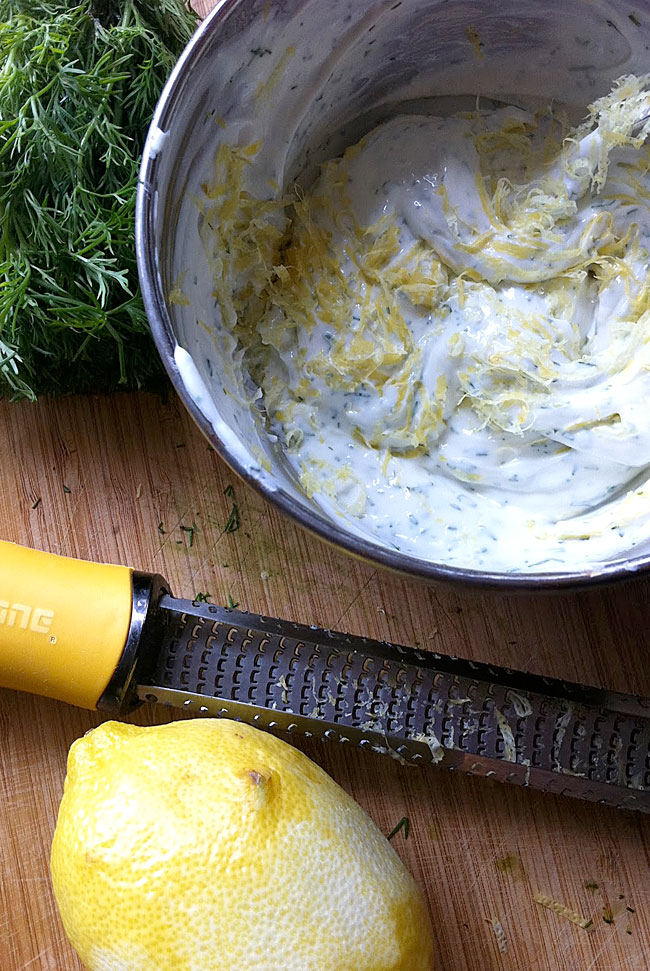