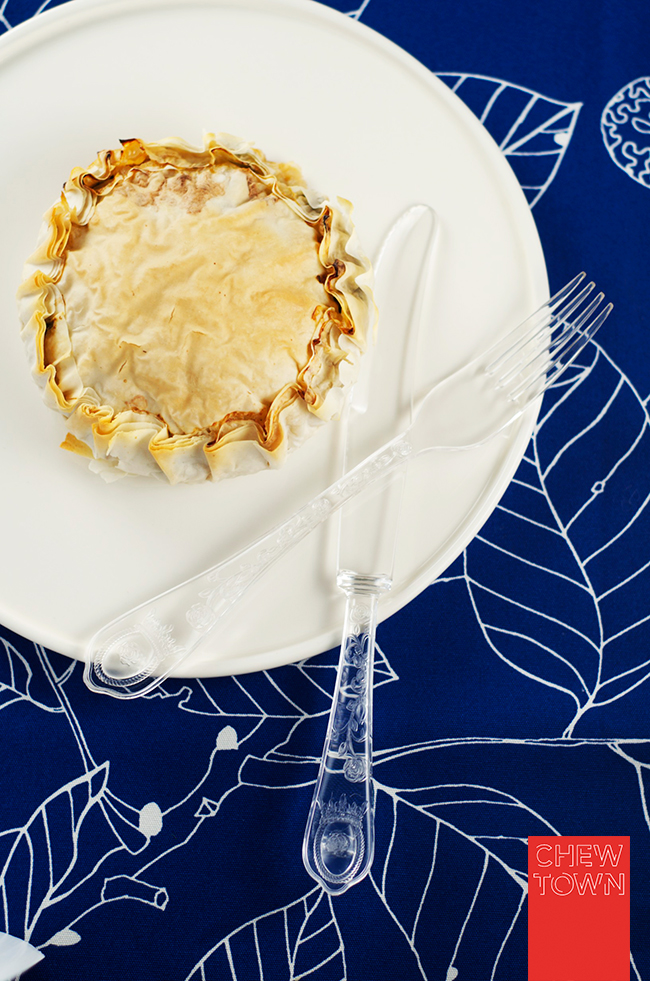 I am starting to love Greek food more and more each time I cook it. As an Italian, the individual mediterranean flavours are so familiar to me and yet the way the flavours are combined are so different to the way we Italians put them together. There is something wonderful about making new discoveries from flavours you are already familiar with.

I have a little confession to make: I pass judgment on food sometimes (not always) based  purely on what it looks like and it has resulted in me missing out on many years of dolmades eating! But never fear, I have rectified this oversight by eating and making truckloads of dolmades over the past two years.

Recently, I was cooking up the filling for a batch of dolmades and was loving the smells of cinnamon, lemon, tomato, parsley and mint emanating from the fry pan and thought to myself “how great would this be as a pie filling!”. So I finished my dolmades that day and quickly began brewing a recipe for dolmades pie in my mind.

The next weekend my creation came to life. I used filo pastry for the pie casing (filo pasty is used widely in Greek cooking so it seemed the best option), substituted silverbeet into the filling recipe to replace the dolmades vine leaf wrapping and added crumbled Greek feta cheese for creaminess.

Man, was I happy with how this turned out! The filling tasted just like my favourite pork dolmades with a crispy and crunchy golden filo casing. It survived the development test and will defnitely be making a guest appearance the next time we have company.

Add the pork mince to the pan and cook until browned. Add silver beet and mushroom and cook, stirring constantly, until the silver beet has wilted. Remove from heat and allow to cool for 10 minutes. Add lemon juice and fetta cheese and stir well to incorporate.

PASTRY
Remove the filo pastry sheets from their packaging and place them on a clean work surface. Keep them covered with a clean, damp cloth while working to stop the pastry from drying out. Place a sheet of filo pastry on your bench and spray the whole sheet with olive oil. Repeat with four more filo sheets, spraying with oil as you go. Cut two 15cm circles from the filo stack and line the base of two 13cm fluted tart tins with the circles hanging over the edges. Repeat the filo stack again with olive oil spray between each layer and line another two 13cm fluted tart tins (4 tins in total).

Divide the filling evenly between the lined tart tins. Create two more filo pastry stacks and cut four 10cm circles from the pastry. Lay a 10cm circle on top of each pie filling and fold the edges of the pie lining over the top spraying with olive oil spray. 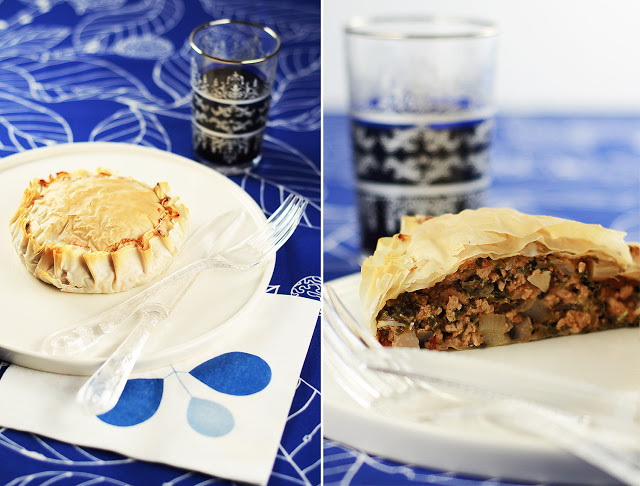