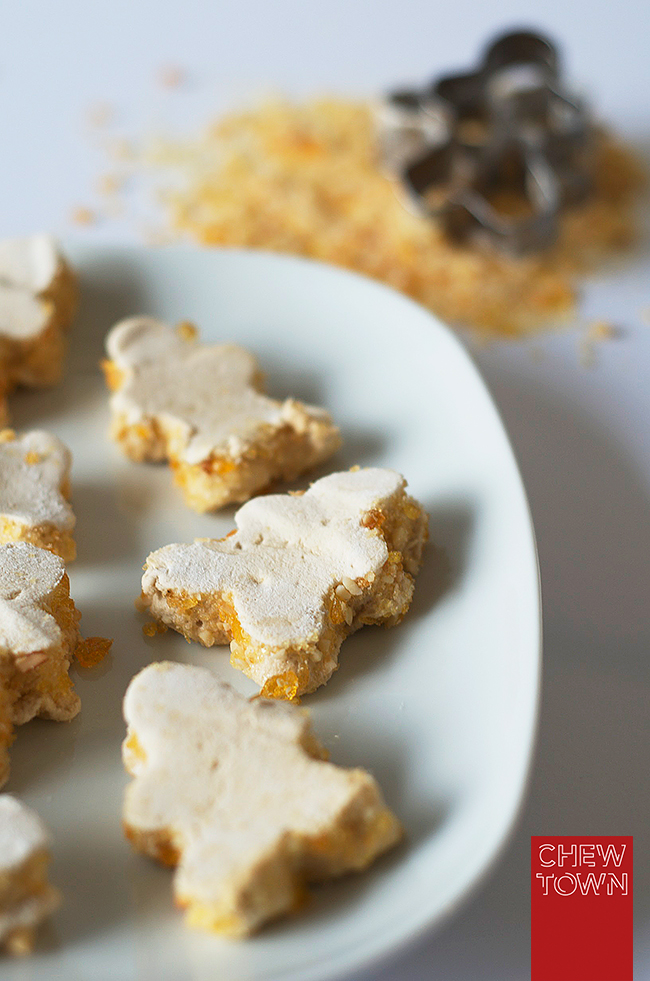 I’m a little late making Christmas gifts for my work colleagues this year. In fact it seems that I do it later and later each year. The last few years I’ve given the Development Team at Opera Australia some great foodie gifts including Cookie Jars and Candy Cane Fudge Brownies so this year the presents must continue as I have a reputation to uphold my friends.

I’ve highlighted in the last few posts how busy life has been, with work extremely stressful organising Opera in the Bowl, and Scotty and I finally biting the bullet moving in together. This has meant that I have not been as organised as I would like to be but this weekend I was determined to get my christmas treats made (that being said, it is the last weekend before going on leave, so I didn’t really have any choice but to be determined).

Over the past few weeks, I’ve been thinking about marshmallows. I’m not quite sure why this fascination with marshmallows, but as I get more experience in the kitchen I start thinking of wacky things it would be fun to make. The idea of making marshmallows had been bubbling away in the back of my mind until I stumbled across a spectacular little cookbook in an independent bookstore during one of by work trips to Melbourne.

The cookbook is called The Artisan Marshmallow by Paige Couture and it is possibly the most fabulous and whimsically styled cookbook I’ve seen. I fell in love with it in the store and immediately purchased it waiting for the moment till I could flip through its pages and decide what to make first.

The beauty of marshmallows are that they are gluten free and so with once of my colleagues at work requiring gluten free treats, I just knew I had to make the gingerbread marshmallow for this year’s Christmas gifts.

After a wonderfully relaxing Saturday morning brunch at Pino’s La Dolce Vita and a trip to the Ramsgate Organic Foodies Market with Sara of Belly Rumbles, I headed back into the kitchen to get started on the marshmallows. Now, anyone who thinks making marshmallows sounds difficult… fear not! They do require both a candy thermometer and a Kitchenaid mixer (or equivalent) but if you have both these items making marshmallows are deceptively easy – all you require is a little time.

These little fluffy pillowy gingery babies with an almond praline crust are absolutely to die for! I had to limit Scotty and I to just one beauty each so that we would have enough as gifts for our work colleagues… but as I sit here and type this they are calling my name and it is almost too much!

Do yourself a favour and try making gingerbread marshmallows this Christmas for an alternative treat – you wil not be disappointed. 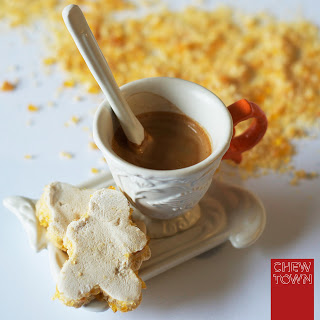 MARSHMALLOW
Spray two slice tins (20x30cm) with oil then line the bottom and sides with baking paper and spray paper with oil. In a large heavy saucepan combine 1 1/4 cups of caster sugar (reserving 1/4 for later), brown sugar, golden syrup and 3/4 cup of water (reserving 3/4 for later). Place on a low heat and stir until the sugar has melted. Once melted, insert a candy thermometer and increase heat to medium-high bringing it to the boil and letting it simmer, without stirring, until the syrup reaches 112° degrees celsius.

Meanwhile, in a small microwave safe bowl place the remaining water and sprinkle over the gelatine and set aside for 5 minutes. Then place in the microwave for 30 seconds on high, or until the gelatine has dissolved.

Divide the mixture evenly between the two prepared slice tins using a spatula, even out the top of each tray and set aside for two-three hours till set.

ALMOND PRALINE
While marshmallows are setting spread the almonds evenly on a tray lined with baking paper. In a small saucepan combine sugar and water and place on a low heat, stirring until the sugar dissolves. Once melted brush down the sides of the saucepan with a pastry brush dipped in water, then bring to the boil and cook without stirring until the syrup becomes golden (this happens quickly so make sure you keep watching the saucepan). Remove from heat and immediately pour evenly over the almonds. Put it aside until set, then finely chop praline (or pop it in a blender and give it a few good pulses). Store in an airtight container until ready to use.

COATING
Sift together the icing sugar and cornflour and dust the top of both marshmallow trays with the mixture. Turn out out onto a board and remove any baking paper, then dust the bottom with the coating mixture also. Using a cookie/gingerbread cutter sprayed with oil at regular intervals, carefully cut shapes out of the marshmallow and roll the sides in the almond praline mixture. (I used smaller cookie cutters so I could get more gingerbread ‘men’ out of each tray – I made 52 mini men). 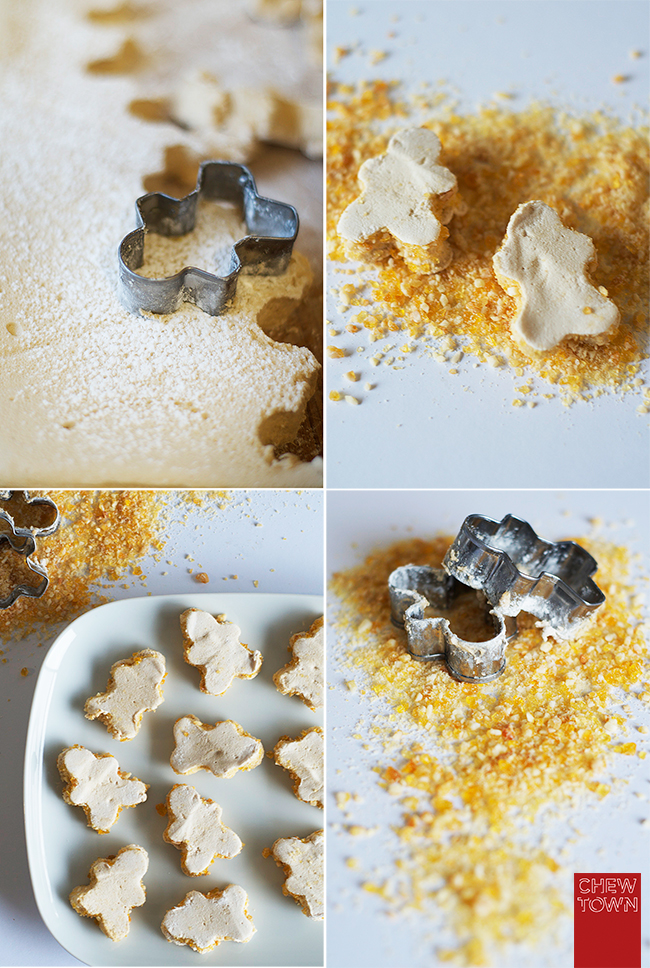