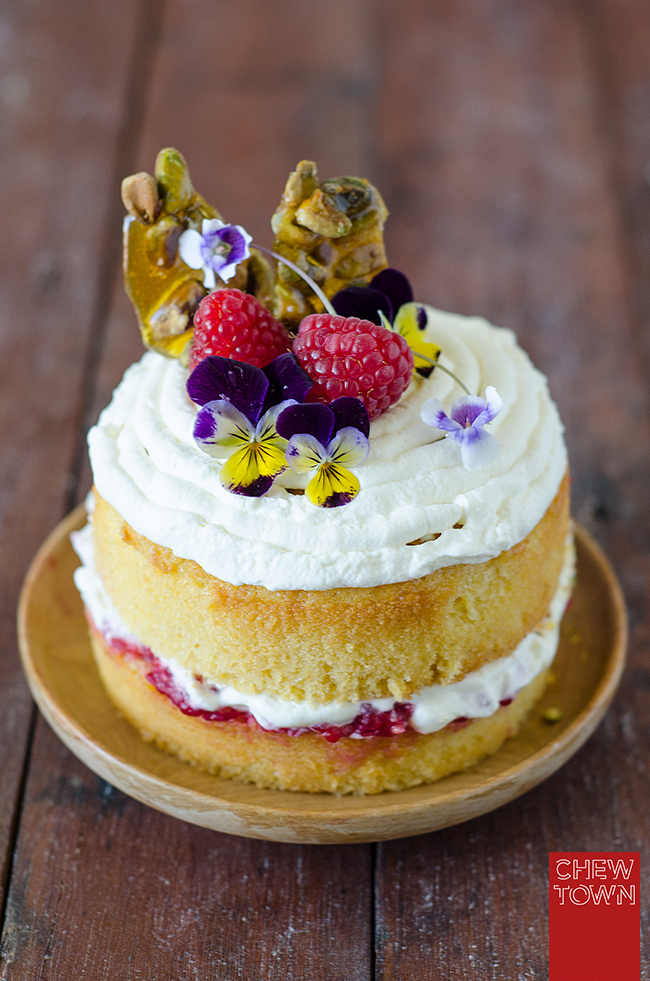 No, it’s not Scotty’s new nickname for me… it’s my new favourite type of cake!

It’s the type of cake that is perfect for a group of four, for a little celebration that doesn’t need the grandeur of a large cake. Great when you don’t want to be tempted by leftover cake for days. Also, it doesn’t take much to decorate baby cakes all you need is a bit of cream, a few berries and voila!

Scotty’s mum recently moved into a new house. She had been in the old house since 1979, so it was definitely a big move for her! Moving after so many years is full of many emotions so I wanted to create a little something special to celebrate that the three of us could share together.

My parents still live in the house I was born in back home in Perth, and 32 years later I’m still not sure how I would feel if they moved – it would be a big deal for us kids so I know it was a big deal for Scott and his mum. My mum is totally ruthless about not keeping things in our house once we were done with them so I only have very faint memories of my favourite toys (the only toys I remember are a hippopotamus toy piano and a miniature plastic tree with tiny people who lived inside it). It was fascinating helping Scott go through the storage areas of his mum’s house where every toy he ever owned still lived alongside his art projects and his old race car bed.

After all the old memories of yore were uncovered and tales were told about each item we found, a little cake was well needed once the move was made to make everyone feel better. And there is nothing better than a golden buttercake.

For this perfect sized four serve cake I used a 10cm springform butter cake and baked two layers which sat neatly on top of each other sandwiched with freshly made raspberry jam (recipe to follow), pistachio praline and fresh cream. It was like a little cakey hug! 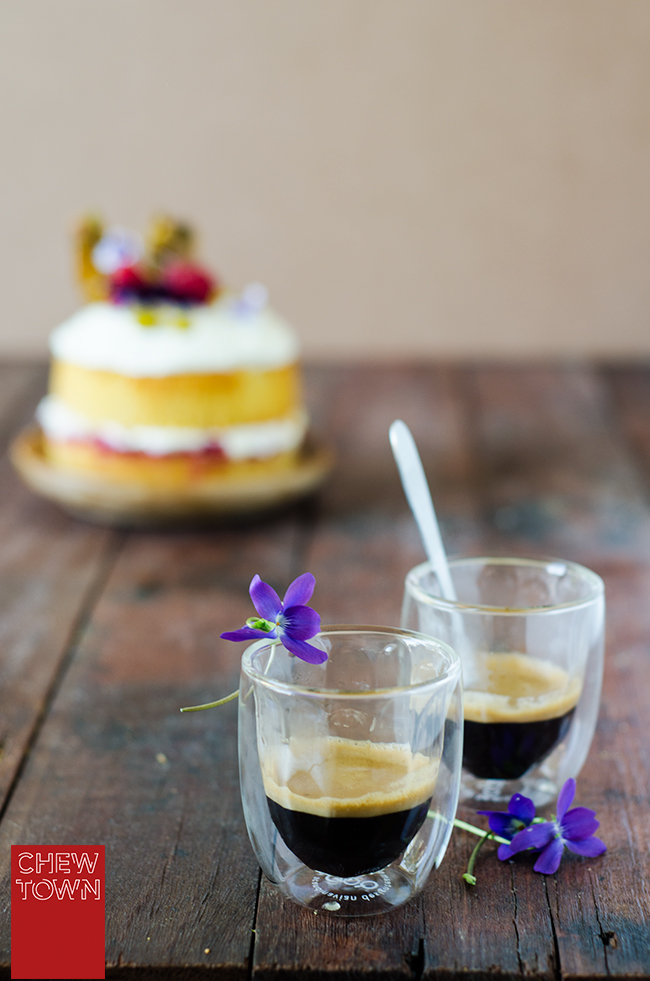 Beat butter, caster sugar (for cake) and vanilla paste in the bowl of an electric mixer until pale and creamy.  Add the eggs individually, beating well after each addition. Add the flour and milk alternately a third at a time, starting and ending with flour. Stir in lightly to combine.

Grease and line a 10cm spring form pan. Add half the cake mixture to the pan, transfer to the oven and bake for 20 minutes (until top is golden and a skewer inserted comes out clean). Remove from the oven and set aside to cool. Once cool, remove from springform pan and set aside. Clean the spring form pan and repeat with remaining cake batter. Once second cake has cooled, even the top of one of the cakes which will become the base cake.

While the cakes are cooling, line a baking tray with paper and distribute pistachios in one layer  close together. Place caster sugar (for praline) and water in a heavy bottom saucepan and heat over low heat until sugar has dissolved. Increase heat to high and bring to the boil. Allow to boil without stirring until mixture turns golden (about 5 minutes). Once golden, pour over pistachios carefully (mixture will be extremely hot) and allow to cool. Once cool break into 5-6 shards. Set aside two shards for decoration and place the remaining praline into a blender and pulse until praline has turned into a crumble.

Beat cream with a mixer until light and fluffy.

Place the base cake onto a place and spread the rop with raspberry jam. Top with pistachio praline and then a layer of whipped cream (not too much or it will ooze out of the side of the cake when you add the top layer. Gently add the second cake over the filling and pipe the remaining cream onto the top of the cake.

Decorate with the two pistachio shards, a couple of raspberries and some edible flowers.