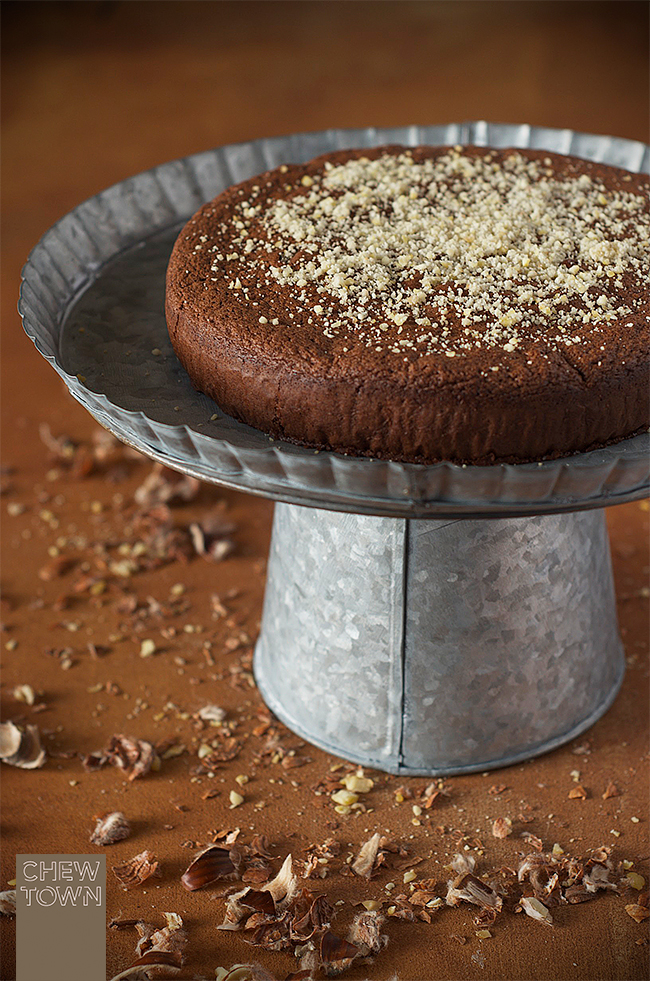 Hands up how many of you have regularly eaten chestnuts during the Australia chestnut season in Autumn each year? I’m I the only one with my hand up?

It’s definitely an Italian thing. Each Autumn, My dad would bring home a case of castagne (chestnuts) that he would roast under the oven grill and then peel for us to eat. We usually only ate them grilled this way… but they are definitely much more versatile than you can imagine, you just need to know how to use them.

In fact if you ever get the opportunity you absolutely have to go chestnut picking – being from WA there are growers in Manjimup where this is a possibility. It is perhaps the most fun hunting and gathering you can do. Why? Have a look at how they grow here.

Chestnuts are typically used in savoury dishes so when I was recently fortunate enough to be given a small bag of chestnuts, I knew a dessert was on the cards. Chestnuts are great as they can be eaten raw, cooked, slow cooked, roasted, pureed, boiled, ground… and the list goes on. They definitely have a unique flavour unlike any other nut and can add a whole new flavour profile to your dishes.

I think often the problem people have when they see them in the shops is not knowing how to prepare them as the shell appears so imposing. One way I like to use Chestnuts is in the form of chestnut meal. You’ll find the method for making chestnut meal below. 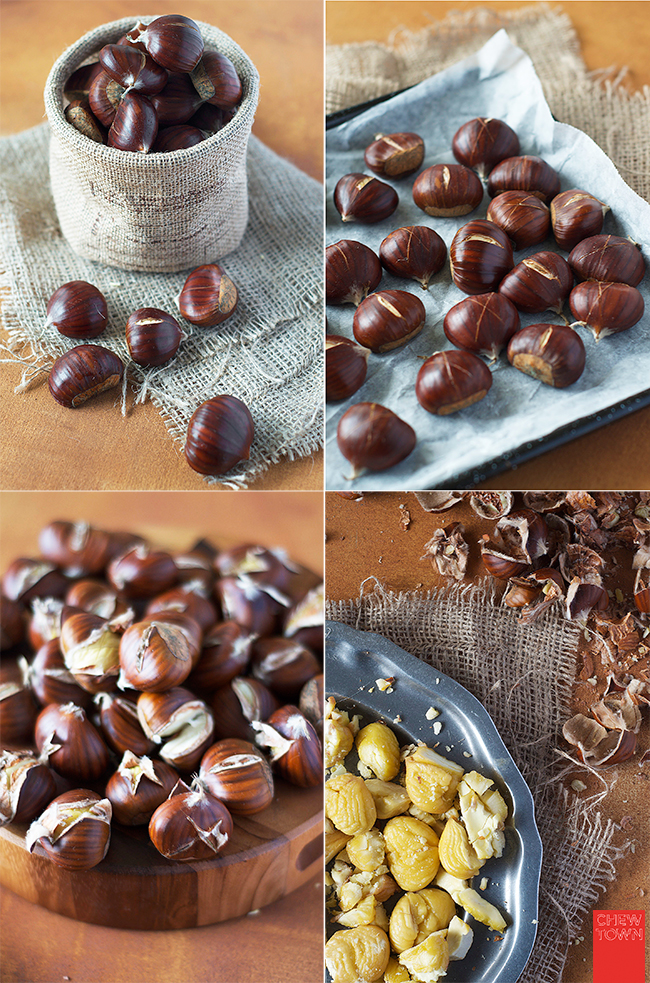 How to make fresh Chestnut Meal

1. Score each chestnut with a knife, cutting an ‘X’ shape on the flat side.

2. Preheat your oven grill then place chestnuts on a tray and pop under the grill. Grill until chestnut case has darkened and browned then turn chestnuts over and brown other side.

3. Remove from grill and wrap in a tea towel for a few minutes.

4. Peel the casing and fluffy inner casing (apparently called the pellicle) off and you will be left with the edible chestnut kernel – which you can eat now at this stage.

5. Place the chestnut kernels in a food processor and pulse until the chestnuts resemble a meal. 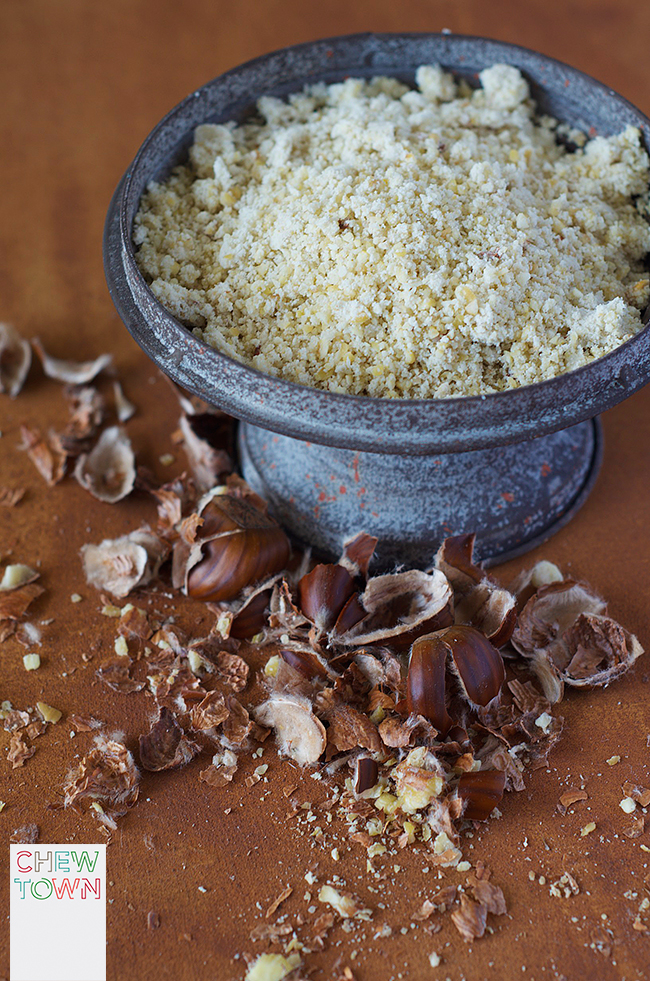 So, what to do with your Chestnut Meal now? Well, it is just like almond meal and can be used in baking for those with Coeliac disease or gluten intolerance.

Why not try my Gluten Free Chestnut and Chocolate cake?

It’s a great recipe for those gluten intolerant friends who are sick of all the same gluten free cake options. I served it to a group of new friends recently who were all super surprised when I told them it was gluten free (best. compliment. ever).

Break dark chocolate into pieces and place in a glass bowl. Melt chocolate pieces in the microwave in short bursts stirring until melted. Set aside

Separate the 6 egg whites and yolks. Whisk the egg whites with a pinch of salt until stiff peaks form.

In a separate bowl cream together the butter, sugar and egg yolks. Then add melted chocolate and 1 cup of the chestnut meal and stir till well combined.

Transfer mixture to a lined 20cm springform pan and place in the oven for 40 – 60 minutes (or until an inserted skewer comes out clean).

Remove from oven and set aside to cool. Remove from springform pan and serve topped with the remaining 1/4 cup chestnut meal.

Chew Town would like to thank Australian Chestnuts for the sample of fresh Australian chestnuts used in this recipe. It brought back wonderful nostalgic memories of my childhood eating chestnuts with my father!