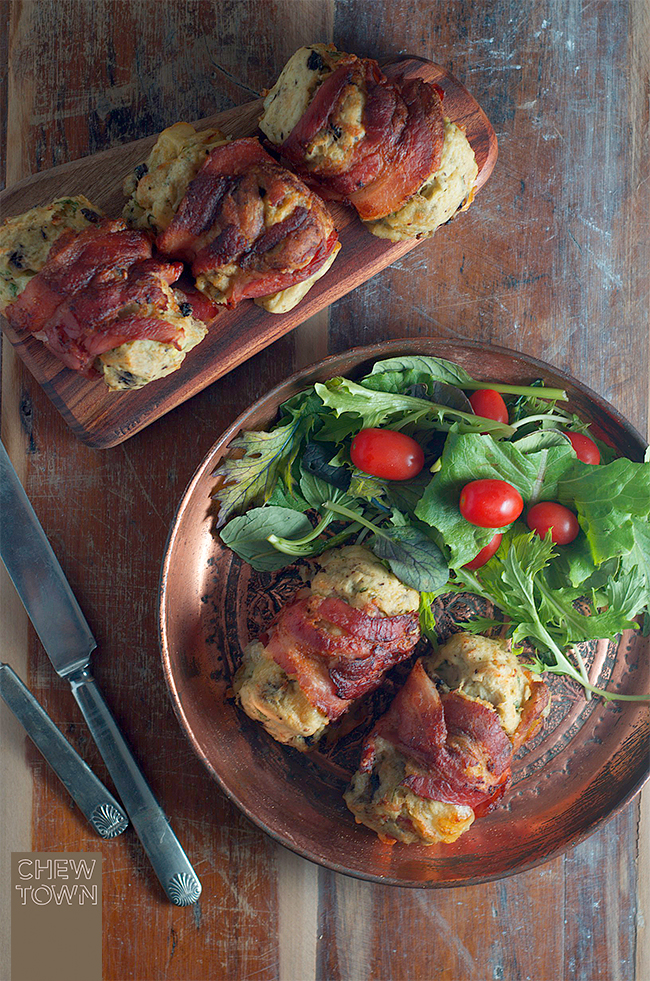 Why speck wrapped potato croquettes? Why not!

I love a potato croquette as much as the next guy (although probably not as much as Scotty who seriously loves them). But I’m not really a fan of deep frying as I always get nervous about how dangerous it can be. Also, there is always a healthier way to make something as tasty as deep fried food is without actually having to drop it in oil.

In this instance, I wrapped it in speck. I am sure many of you will argue that wrapping potato mash in speck is still not entirely healthy… but seriously, flavour is always at the top of my list and a little slice of speck here or there really isn’t going to hurt anyone!

Speck is made in a similar way to prosciutto, only it is made from the shoulder of the pig and not the leg, and is deboned prior to the curing process. It is cured in salt and spices for several weeks (often juniper berry is included) then it is cold smoked and matured for a few months.

Less like prosciutto and more bacon-like, Speck has a greater depth of flavour to bacon due the curing process and is wonderful in risotto and pasta… oh yeah, and wrapped around mash!

Do yourself a favour and try these flavourful baked speck wrapped potato gems for your next family meal.

In a bowl mix together mashed potato, egg, spring onion, mushrooms, garlic, parsley. Then add salt and pepper to taste and mix.

Using your hands form 8 potato shaped croquettes and set aside. Take each croquette and wrap with a slice of speck securing with toothpicks.

Heat olive oil in a large heavy fry pan and brown the speck surrounding the croquettes. Once browned, transfer to a baking tray and place in the oven for 20 minutes or until speck and potato are golden. Remove and serve. 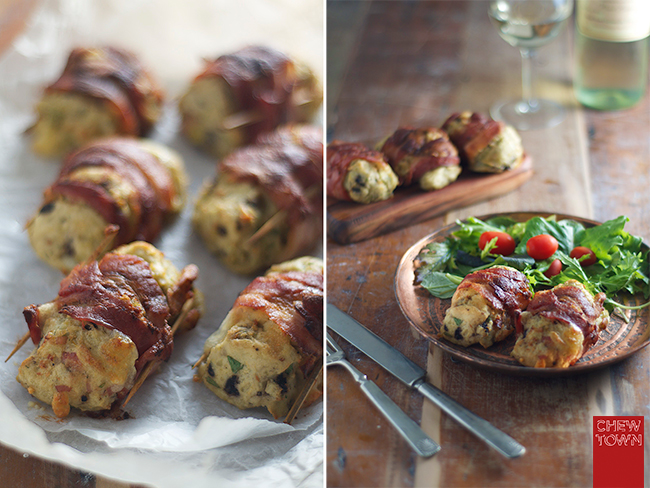