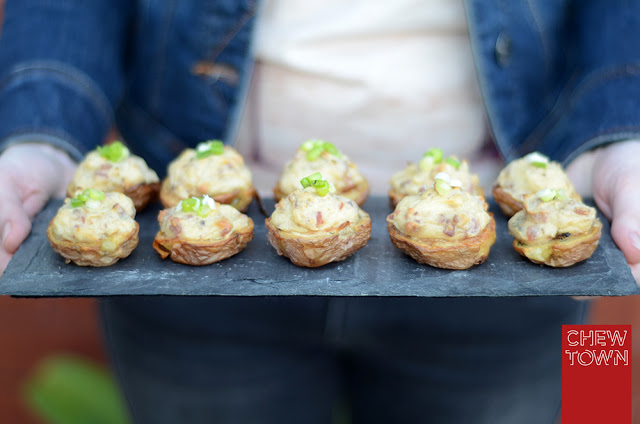 In the last post (Honey Roasted Rosemary Cashews) I introduced you to last weekend’s game day menu. Starting with a bevvy and the roasted cashews, we continued our menu with these little baby potato skin beauties.

I haven’t tried making potato skins before, but it seemed only fitting that they were included in my game day feast menu.

I read a few recipes in preparation and in all of them, the filling of the potato was discarded and replaced with melted cheese. The idea of discarding the potato flesh seemed so wasteful to me, and my Italian nature just couldn’t let me throw out good food! Also, I was sure there was a healthier way to make them. So I decided to incorporate the flesh in a stuffing that would fill the potatoes.

When I served these little gems they received just the reaction I was hoping for. They looked great, were perfectly bite sized and after we all tried them, it was agreed that the balance of flavours was perfect.

We’ll definitely be making these again next time we have people over for drinks.

To a medium pot of boiling salted water, add the potatoes and boil for 7 minutes (you need them soft enough to just scoop out the middle). Remove from water and set aside to cool.

Slice each potato in half and carefully scoop out as much of the flesh as possible. Place the flesh back in the boiling water until soft enough to mash. Remove and mash.

Place potato skins on a lined baking tray and spray liberally with olive oil. Season with salt and pepper and bake in the oven for 20-30 minutes until golden brown and crispy.

Meanwhile, Sautee bacon and spring onions separately until bacon is crisp and onions are transparent and set aside. In a medium bowl combine mashed potato, ricotta, sour cream, bacon, onions and salt and pepper until well mixed.

Fill each potato skin with the mashed potato mixture and place back in the oven for 15 minutes until tops are golden. Remove from oven, top each with finely sliced spring onion and serve. 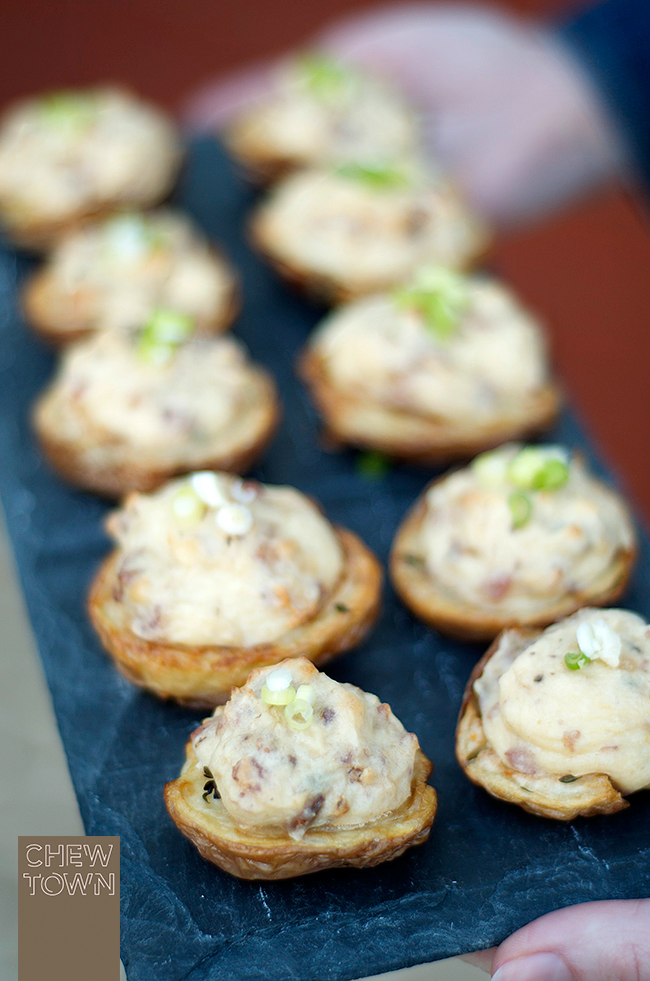