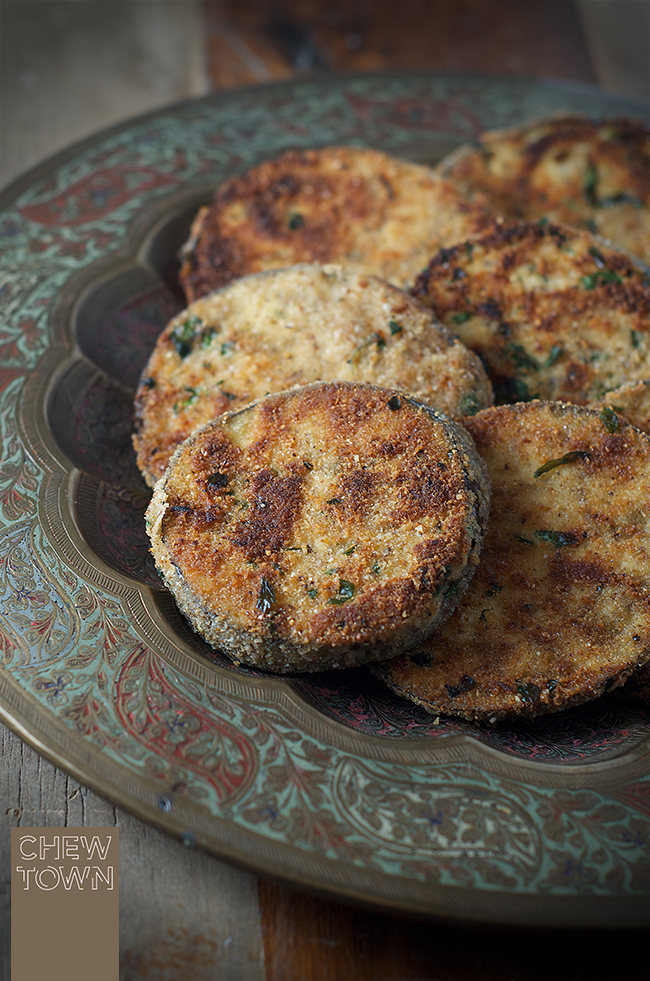 Crumbed eggplant really is one of those staple recipes that an Italian daughter learns at a young age from her mother. The egg and crumb method is something a young girl can take ownership of and feel proud of while mamma takes care of the frying.

Before I could do anything else in the kitchen, I could set up the three bowls of egg and breadcrumb, and I could crumb the pants off an eggplant!

It has only been recently in my life that I’ve turned into the kind of cook my mother could be proud of, but it all starts with the early training and now, when I travel back home for a visit, my mother and I spend hours in the kitchen cooking together. It’s probably the thing I look forward to the most when going home. When I am home, I beg her to teach me all the recipes that I took for granted as a young girl – I now hunger for her to teach me all she can. Mum’s cooking (like many Italian mothers) is all done by taste, so when she is showing me a new dish I have to follow her around the kitchen with a notepad inspecting all of the methods and weighing all of her ingredient portions.

Eggplant is a used a lot in Italian cooking and when making up an antipasto platter, crumbed eggplant is something I always want to see on the plate. My love of crumbed eggplant has clouded my recipe vision so much that whenever I buy an eggplant, the only thing I ever want to do is crumb it – it is becoming a problem.

I thought that it was about time I share with you the Michetti family crumbed eggplant recipe, which also forms the basis for Eggplant Parmigiana (which I will no doubt also get to in due course). 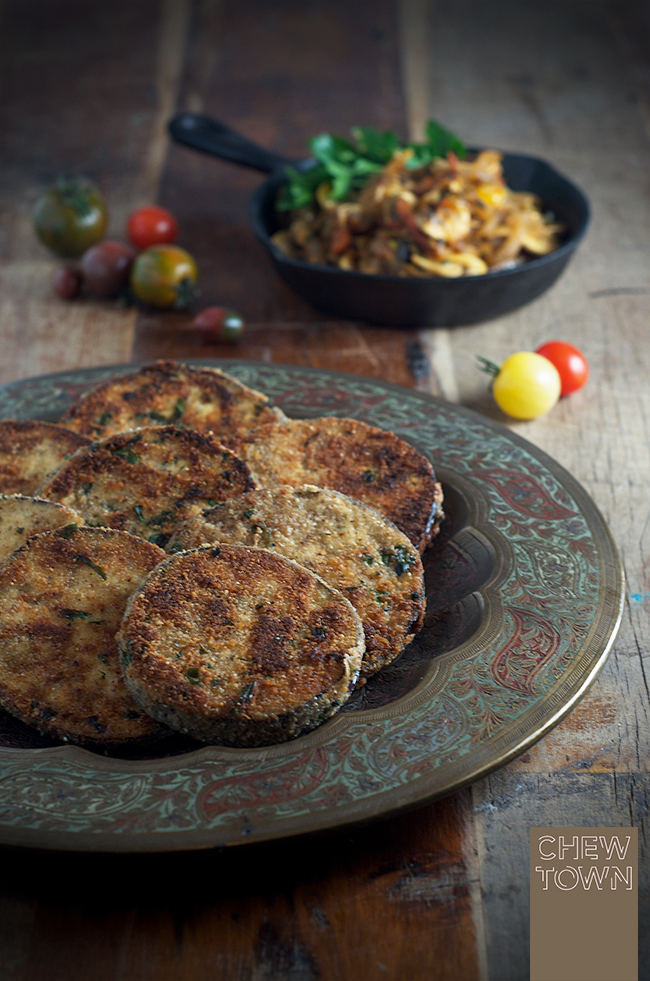 Taking an eggplant slice, coat both sides in the egg mixture, then transfer to the breadcrumb mixture and coat again on both sides and set aside. Repeat with remaining eggplant.

Once all eggplant have been crumbed, heat 3-4 tablespoons of olive oil in a large heavy bottom fry pan over medium-low heat until hot. Place 4 – 6 slices of the eggplant in the pan and cook until golden on each side (about 1-2 minutes). Transfer to a plate lined with paper towel. Repeat with remaining eggplant in batches adding oil between batches as needed. 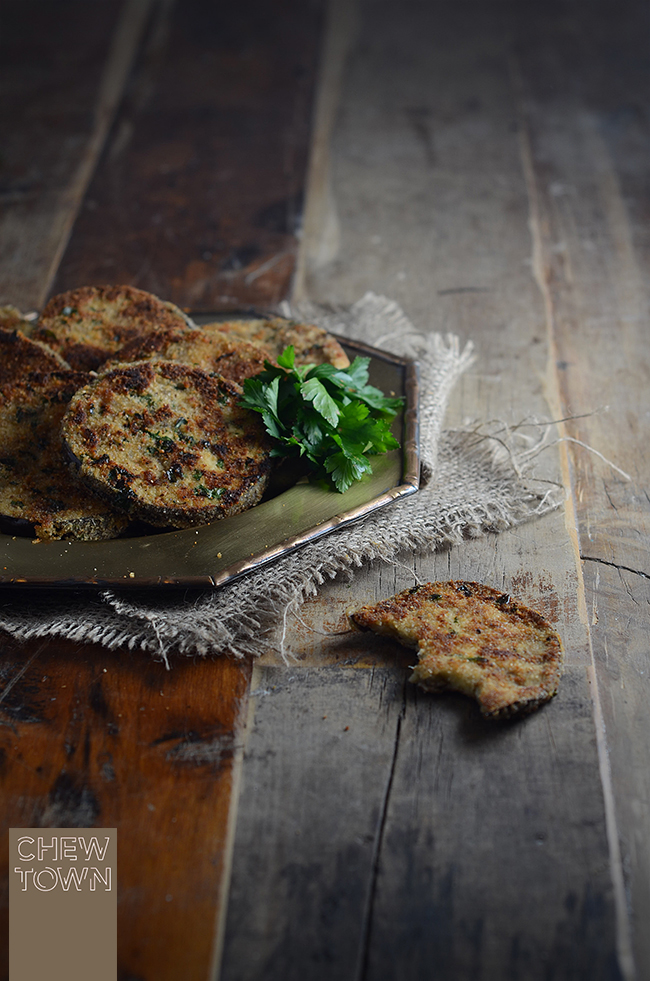