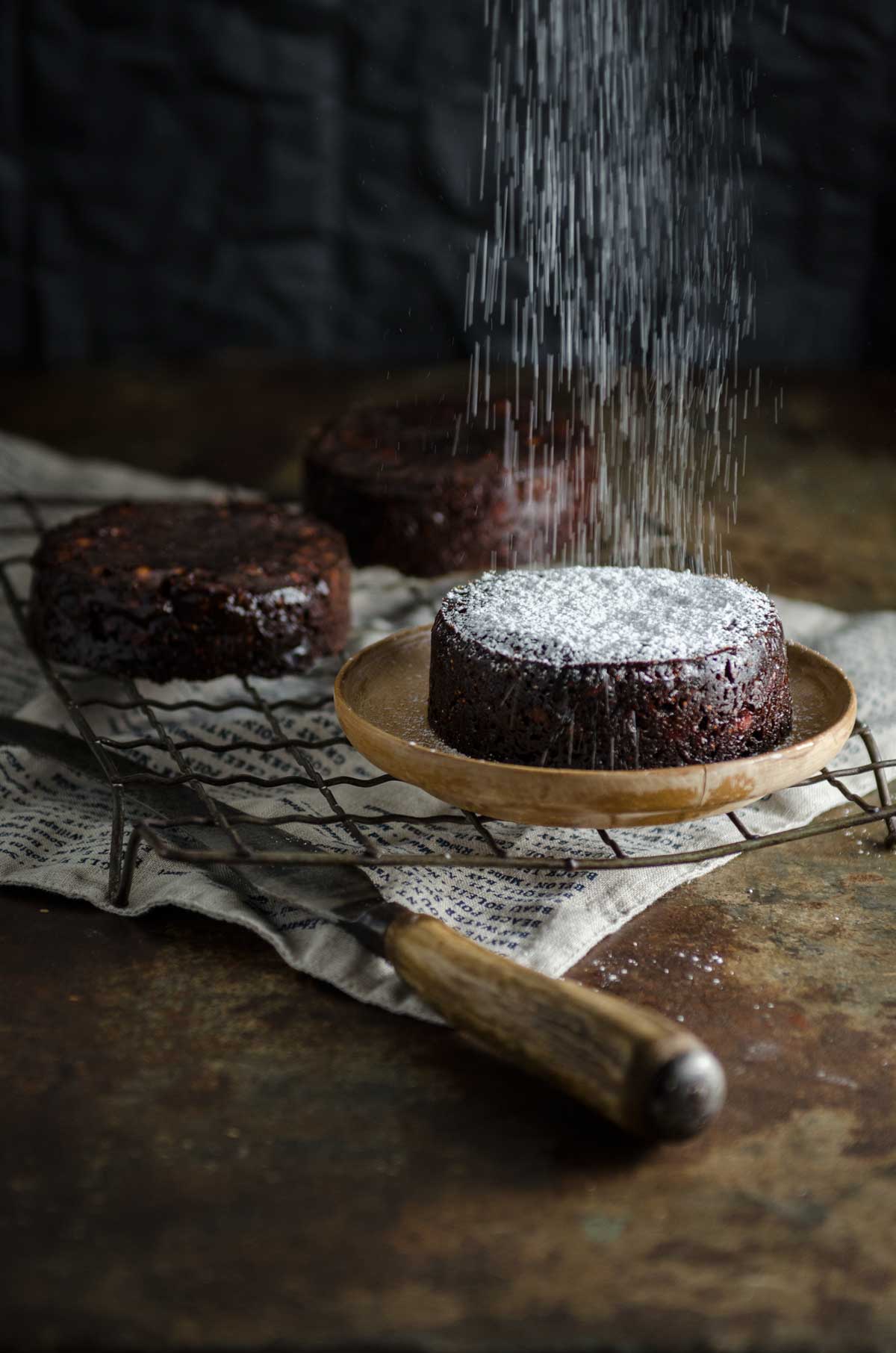 The many regions of Italy, and their cities have always had their own food specialties and they fiercely protect their food creations. For example the town of Ascoli Piceno in the Marche region has a speciality called Olive all’Ascolana (olives in the Ascoli style), and while you will find it on menus in Rome and Milan, having it in Marche or even Ascoli Piceno itself shows you just how wonderful it can be.

If you find yourself in the Emilia-Romagna region, you simply must visit parma which is at the centre of Parmigiano-Reggiano cheese making. If you are passing through Milan you would be silly not to have cotoletta alla milanese. If you…… ok, you get the drift. There are 20 regions of Italy and hundreds of regional specialties.

Never are regional specialties more apparent than at Christmas time when a myriad of traditional desserts and dishes grace tables across the country. Last year I shared a recipe for a delicious dessert called Cicerchiata (a specialty of the Abruzzo region) and this year, I’m bringing you one of my all time favourite Italian sweet treats which pairs perfectly with a well-timed espresso, Panforte. 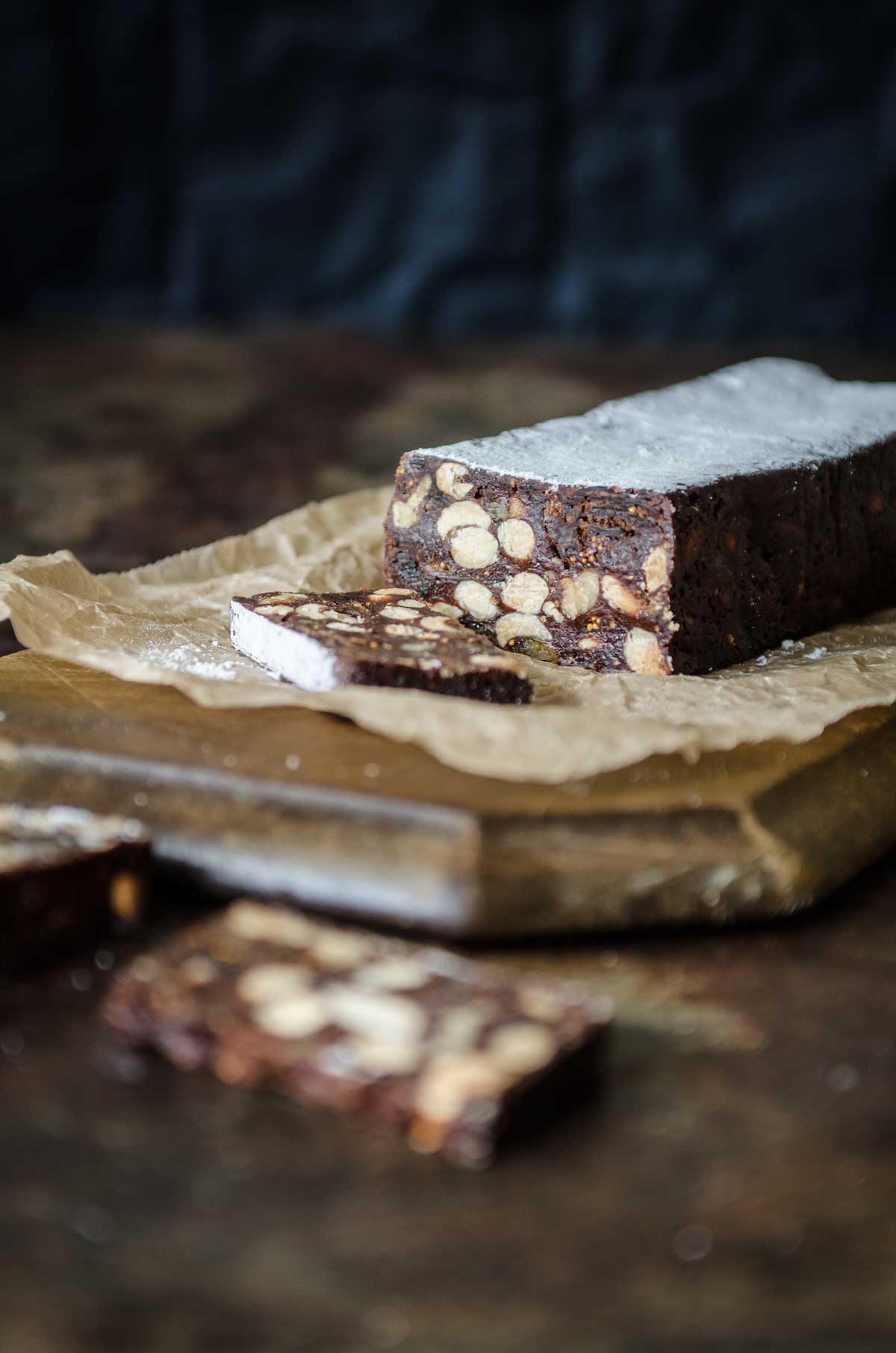 Panforte’s provenance dates back to the 13th century and it’s place of birth is the city of Siena in the Tuscany region. Early 13th century documents have led to the consensus that Panforte was used as a currency of sorts and given to monks in payment of a tax required at the time.

Originally named Panpepato (peppered bread), Panforte is literally translated to ‘strong bread’ and the only description I can give those of you who haven’t tried is that it is like the love spawn of a fruit cake and gingerbread man. For those that don’t like fruit cake (like me), panforte might actually surprise you.

It is traditionally made in rounds, and while I did make rounds (I got overzealous and filled them too high though) I’ve completely broken with tradition to make my version with chocolate and in a loaf tin. I’m calling it out now so all the purists can calm down!

The recipe is relatively simple, although you have to work fast. Firstly you combine flour, candied fruit, roasted nuts and spices in a bowl and then heat honey and sugar and mix it all together, then bake. Once it is cooled completely it will last for up to a month. 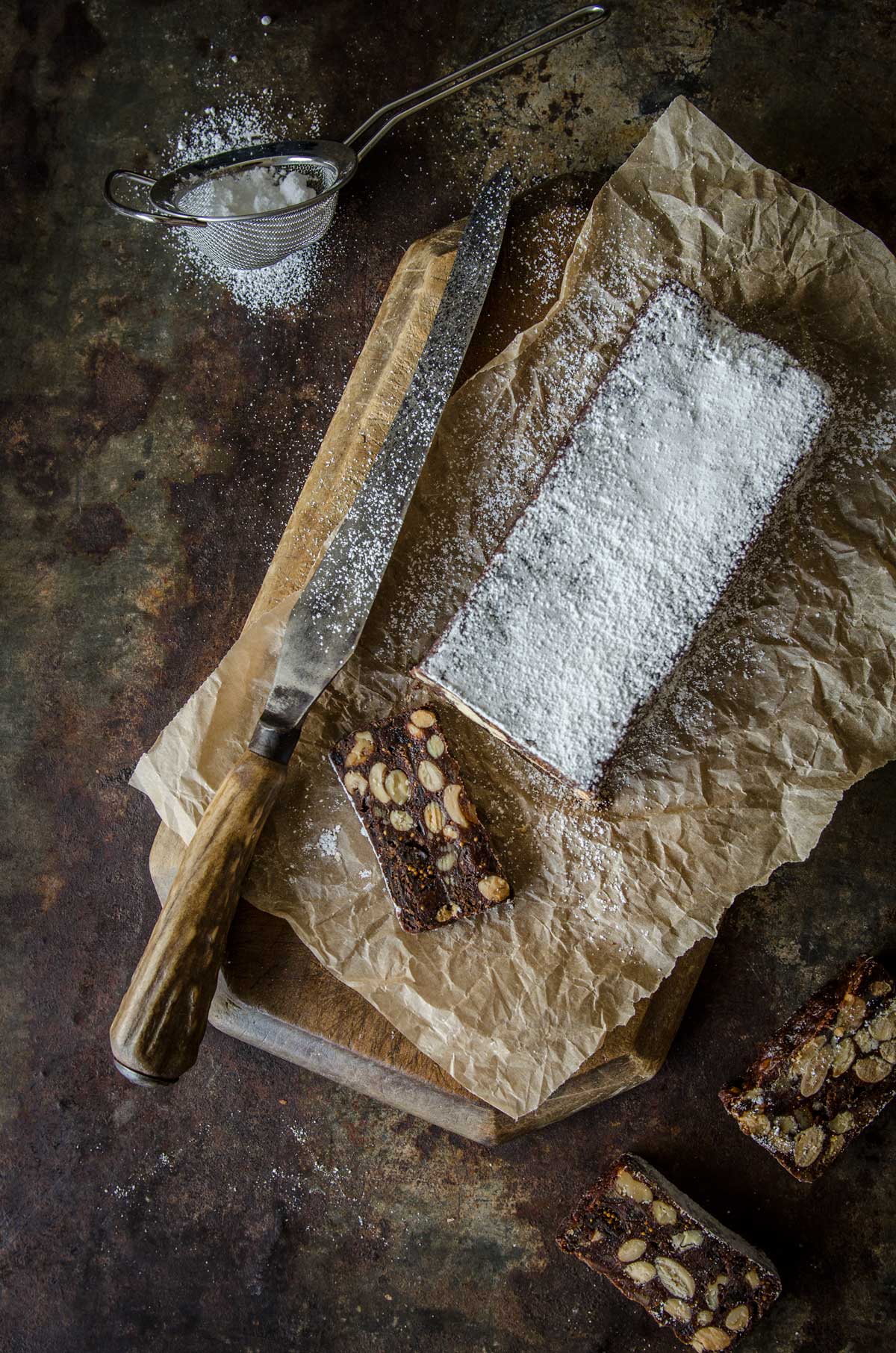 Preheat oven to 180° Celsius and line either two round spring form baking tins, or two loaf pans with baking paper (I used one loaf tin and four round 10cm spring form pans and baked the round tins for less time).

In a large bowl mix together the figs, candied fruit, flour, cocoa powder, cinnamon, coriander and cloves. Place the almonds and walnuts on a tray and bake for 10-15 minutes until the almonds are lightly golden. Remove from tray and place nuts in the bowl with the spices, fruit and flour mixing well to combine.

Over a medium heat, combine the honey and sugar in a saucepan and heat until the mixture begins to froth. Meanwhile, place the chocolate in a glass bowl and pop in the microwave in short bursts (20-30 seconds) stirring between each burst until the chocolate is completely melted. You want both the honey mixture and the chocolate to be ready at the same time as everything needs to be stirred together while hot or the mixture will not have the right consistency and will be too difficult to stir together.

When both the honey mixture is frothy, and the chocolate is melted, pour both into the bowl with the other ingredients and mix, stirring with a large wooden spoon till it is all combined. As the mixture starts to cool it will be harder to stir, but keep stirring hard until combined.

Divide the mixture between the two pans and pat the mixture down evenly with your hands ensuring they are cool and wet so the mixture doesn't stick to them. Once the top is even, transfer to the oven and bake for 30-35 minutes.

Remove from the oven and cool a little, then remove the spring form surround (leaving the base in place) and sprinkle generously with icing sugar. Allow to cool completely before attempting to cut the panforte as the panforte hardens as it cools.

Serve in small slices with an espresso for the true Italian experience. 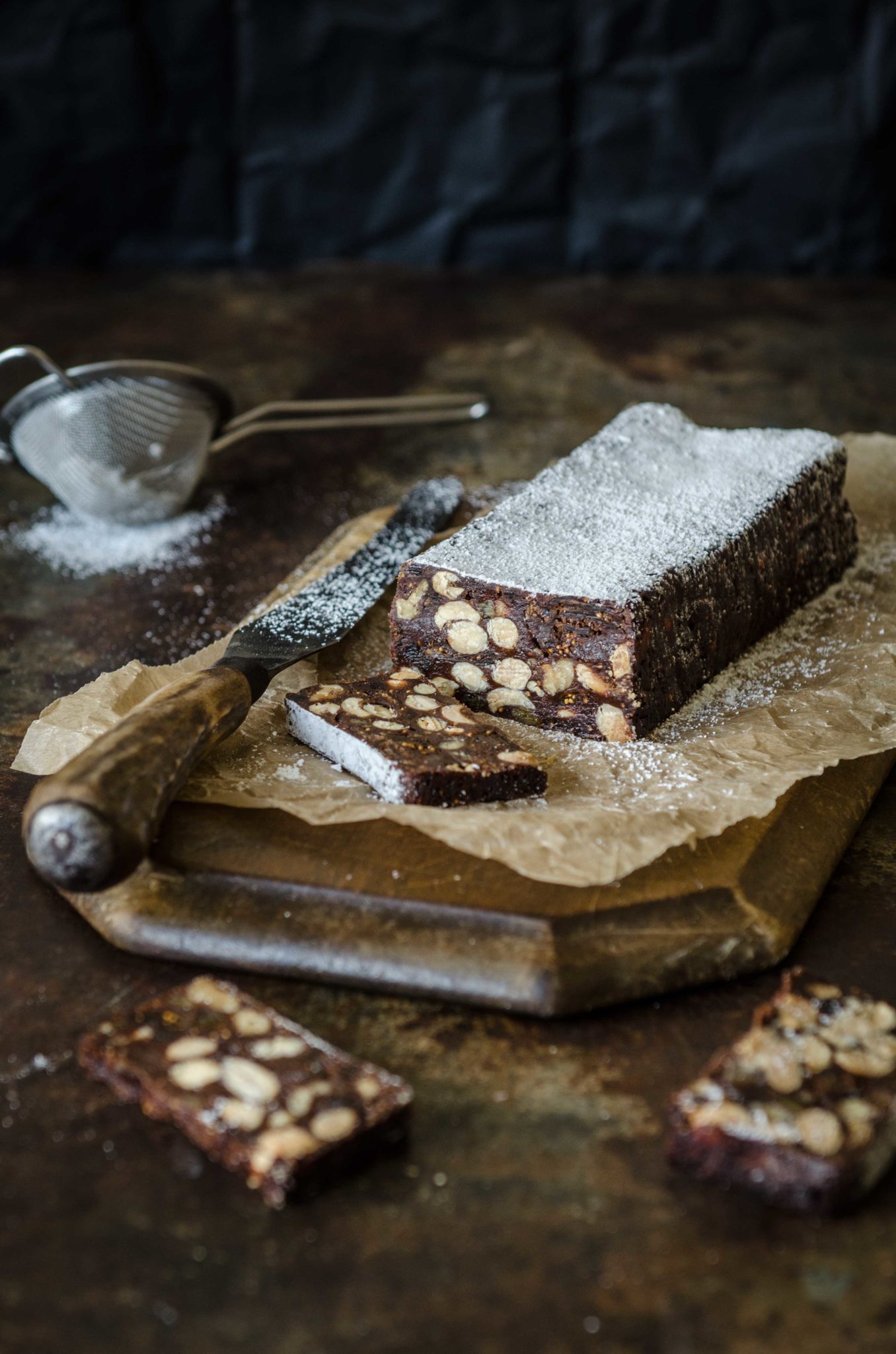