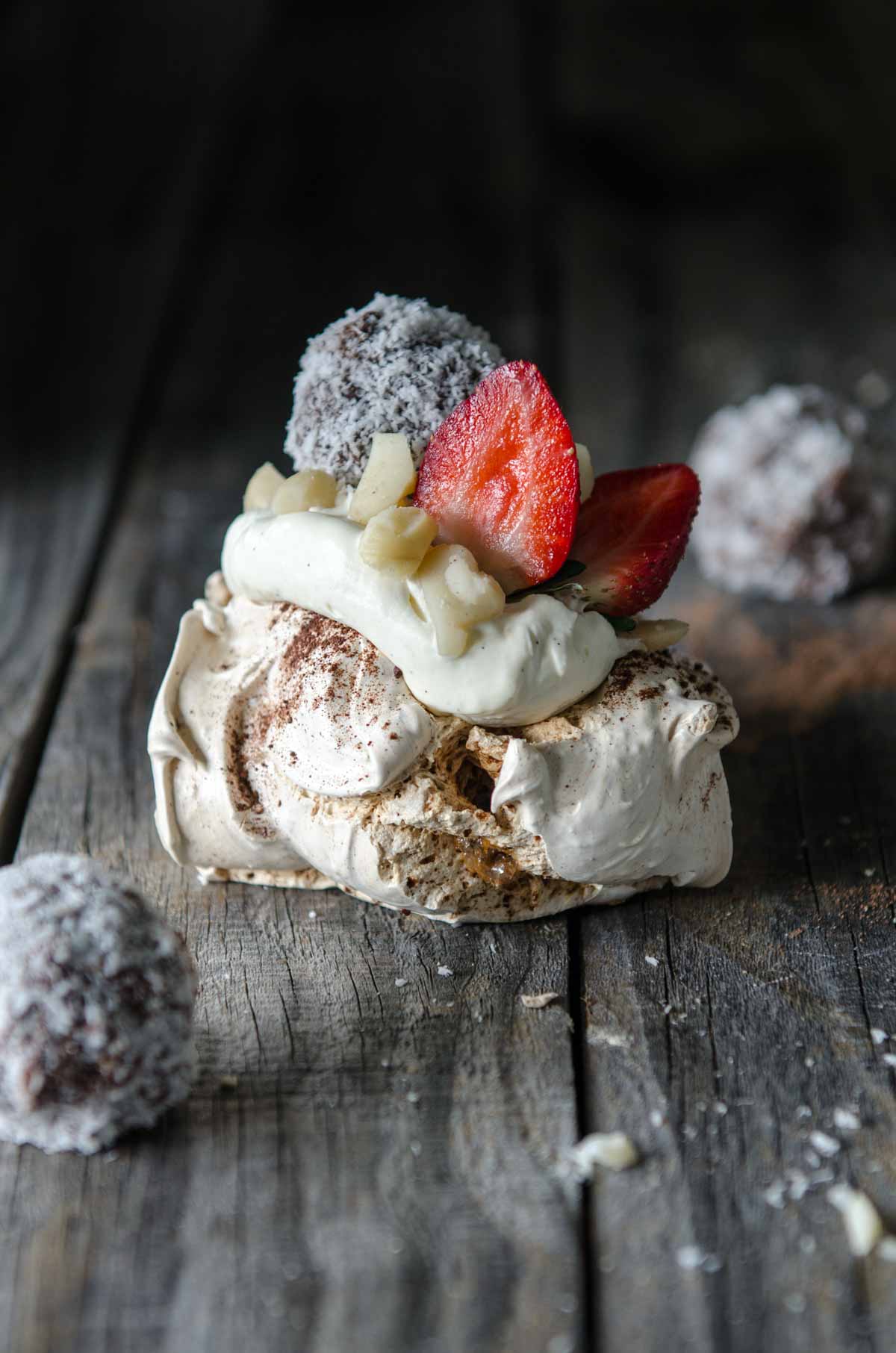 Here’s my theory, if you are going to tackle an Australian/New Zealand dessert like a pavlova, then you might as well make it as Aussie as humanly possible. In this case, it means you make the meringue of the mini pavlovas a milo meringue, you top it with lamington balls, serve it with vanilla cream, strawberries, and of course macadamia nuts!

Now, I suppose I should add some explanations of the Australian ingredients in this recipe for our northern hemisphere friends: 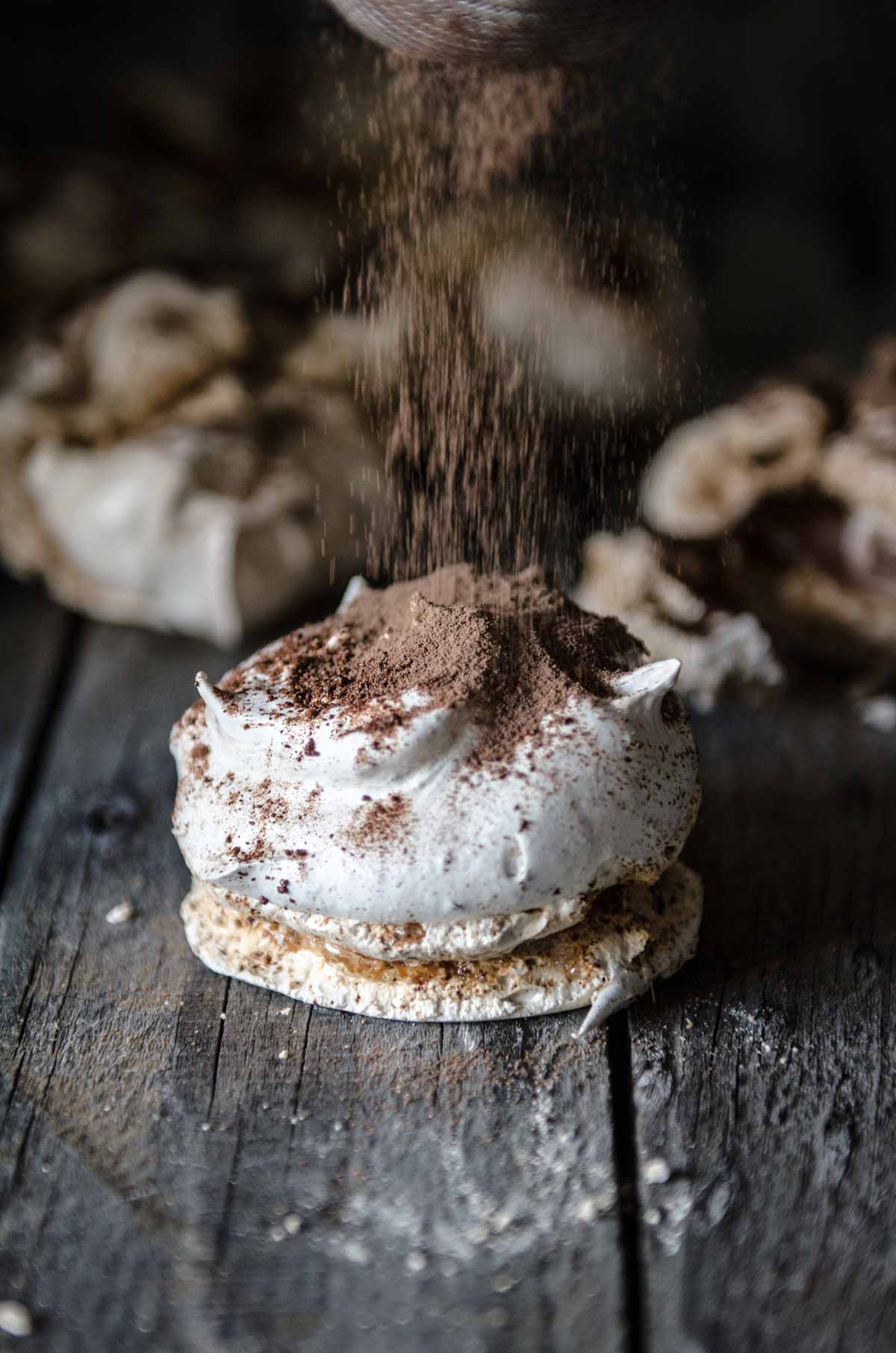 But why all the patriotism? Well, because it is ANZAC day on 25 April in Australia and NZ which marks the day when, in 1915, Australian and New Zealand Army Corps fought their first major military action as part of an allied expedition to capture the Gallipoli peninsula during the First World War. If you would like to read more about what ANZAC day is, and why it is important to us, head over to last year’s recipe post for Macadamia and Golden Syrup Tart.

Let’s talk about the Milo meringues – I made these meringues 6 times. The first four meringue batches used the traditional pavlova method, which I’ve decided I’m never ever going to use again. I’ve never been able to make the light & fluffy, crisp outside & soft inside with this method. Too much can go wrong, and usually does. So, if you are looking for a failsafe meringue/pavlova recipe, make a Swiss meringue instead. While a Swiss meringue is denser and less voluminous, it is much less temperamental, holds its shape beautifully when whipped and can be cooked at a higher temperature. Also, you don’t have to wait overnight for it to cool in the oven. There are too many positives to hold me back from the traditional pavlova meringue. 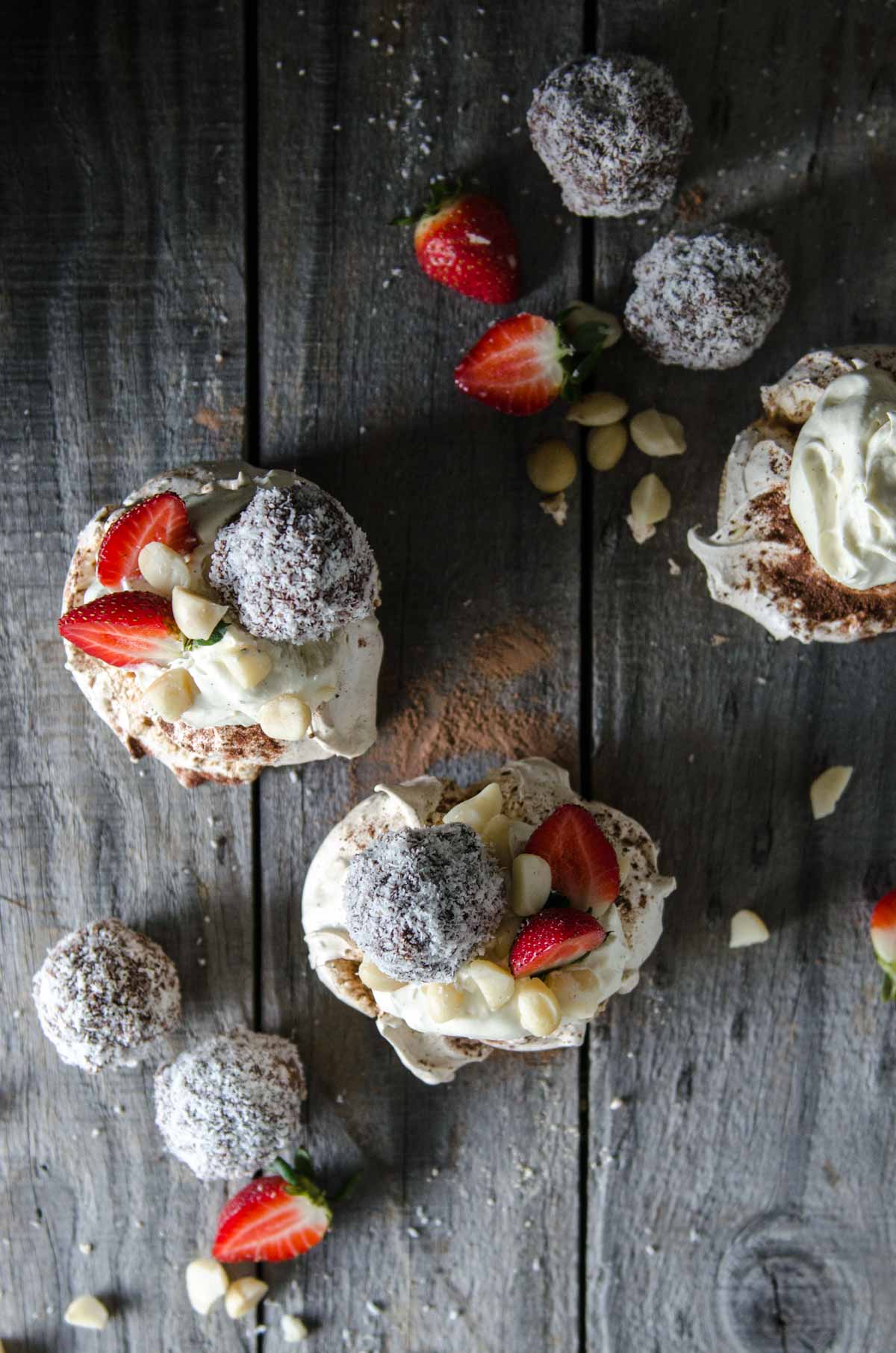 Roughly crumble the mini rolls into a bowl and combine with cream. Roll tablespoons of the mixture into balls and set aside in the fridge on a lined tray then place in the fridge until firm.

Once firm, melt the chocolate in small bursts in a microwave, stirring between each burst. Place the coconut in a bowl, then dip the balls into the chocolate with a fork, coating the outside, and roll in the coconut. Set aside in the fridge again for 30 minutes.

For the meringue, place a small saucepan with 1 inch of water over high heat and bring to the boil. Once boiling, turn down the temperature to a simmer. Combine the egg whites and sugar in a metal bowl that will fit over the saucepan of water (without touching) and place it over the saucepan, stirring constantly until the sugar dissolves completely or the temperature reaches 65°C (150°F).

Pour the egg whites and sugar into a stand mixer, and whisk for 10 minutes and until the bowl of the stand mixer has cooled. Add the 1/4 cup milo and fold in to combine. Using a large spoon, drop 6 even dollops of merinuge onto a lined baking tray and sprinkle with the remaining tablespoon of Milo over the meringues.

Turn the oven temperature down to  150°C (300°F), place the tray in the oven and bake for 1 hour and a half after which, remove them from the oven and set aside to cool.

Once the meringues are cool, whip the cream and vanilla together until stiff peaks form and dollop it on top of the meringues. Top each meringue with a strawberry, sprinkle of macadamia nuts, lamington ball and serve. 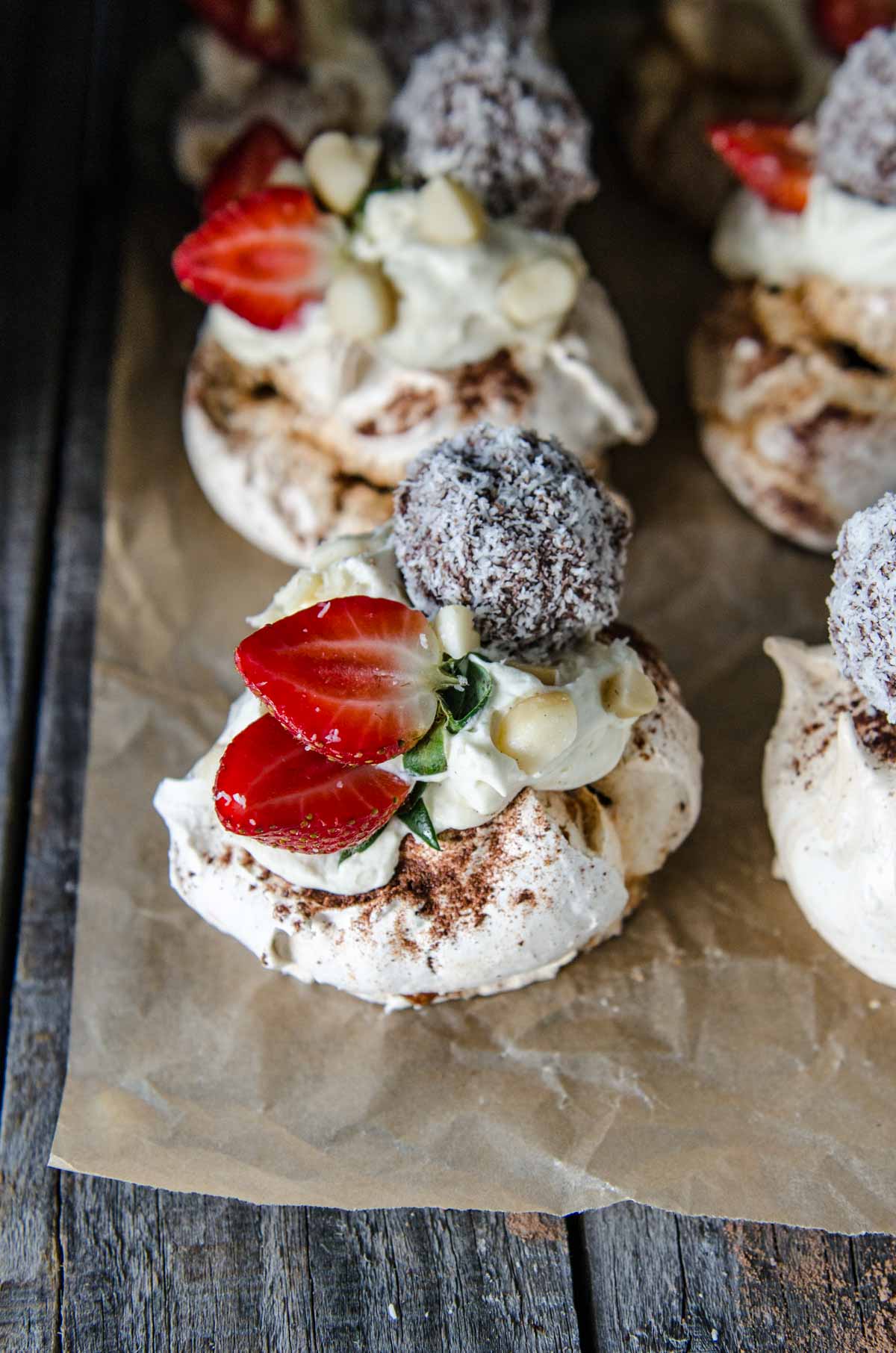