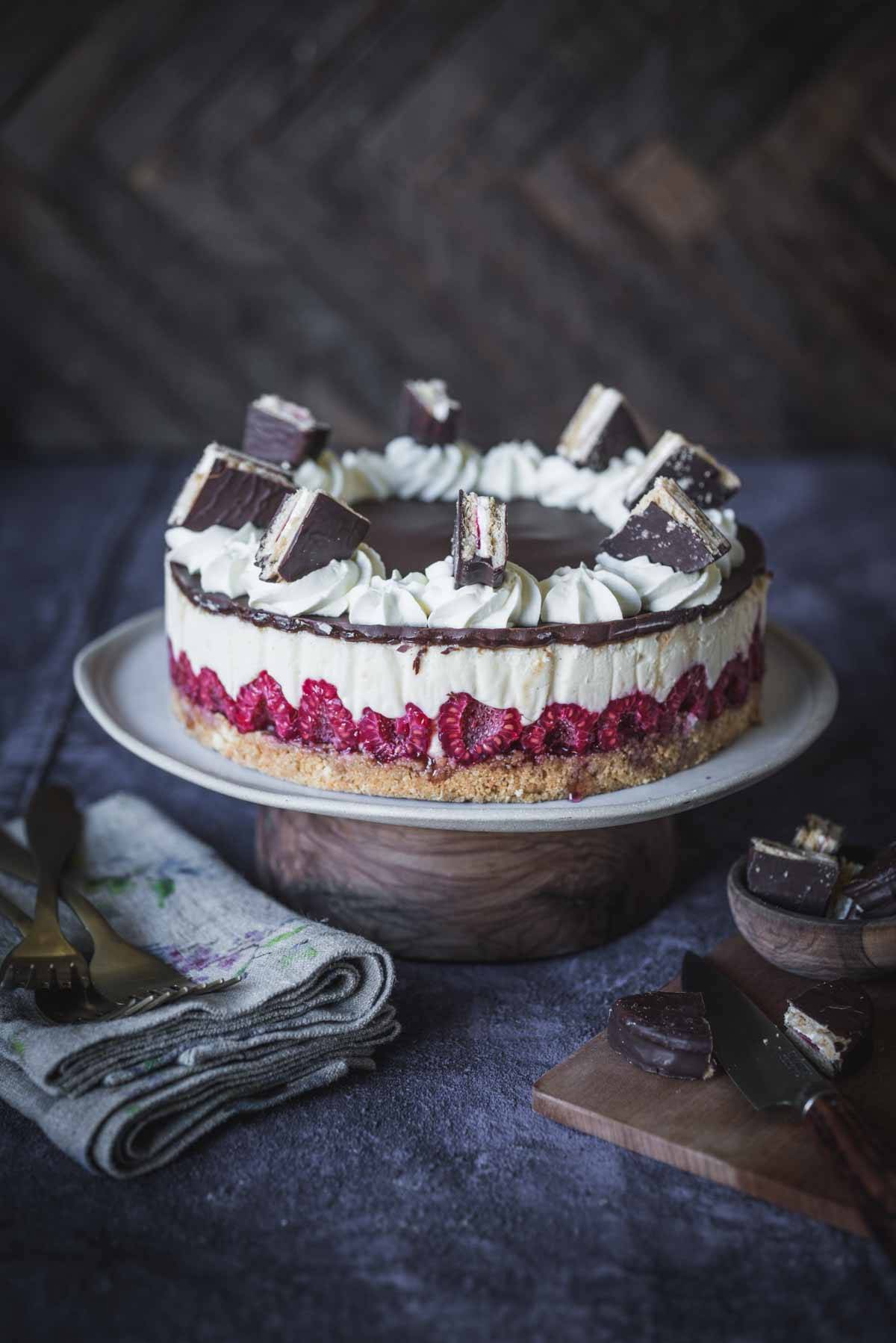 I had a craving for a cheesecake recently. One should never abandon a cheesecake craving, but I always find the texture of a cheesecake rather dense and full on, so I started thinking that a marshmallow cheesecake sounded pretty tasty and a bit lighter in texture. This got me thinking about marshmallows, which had me dreaming of wagon wheels, which led me here to this recipe the Wagon Wheel Cheesecake –  A fusion of both cheesecake and the wagon wheel.

There is something pretty perfect about a wagon wheel. Marshmallow and raspberry jam sandwiched between two biscuits and dipped in dark chocolate. All together soft, crumbly, sweet and slightly bitter.  It was a pretty easy recipe to develop really… just turn the biscuit into a cheesecake.

That being said, in pursuit of perfection, this version is the second I developed. The first version didn’t have fresh raspberries and had the jam swirled through the marshmallow cheesecake layer. Now, don’t get me wrong, it was ALSO very delicious, but that cheesecake needed something more fresh to cut the sweet marshmallow and dark chocolate. So this version with fresh raspberries around the outside won out… and it also looks much prettier. Win-Win. 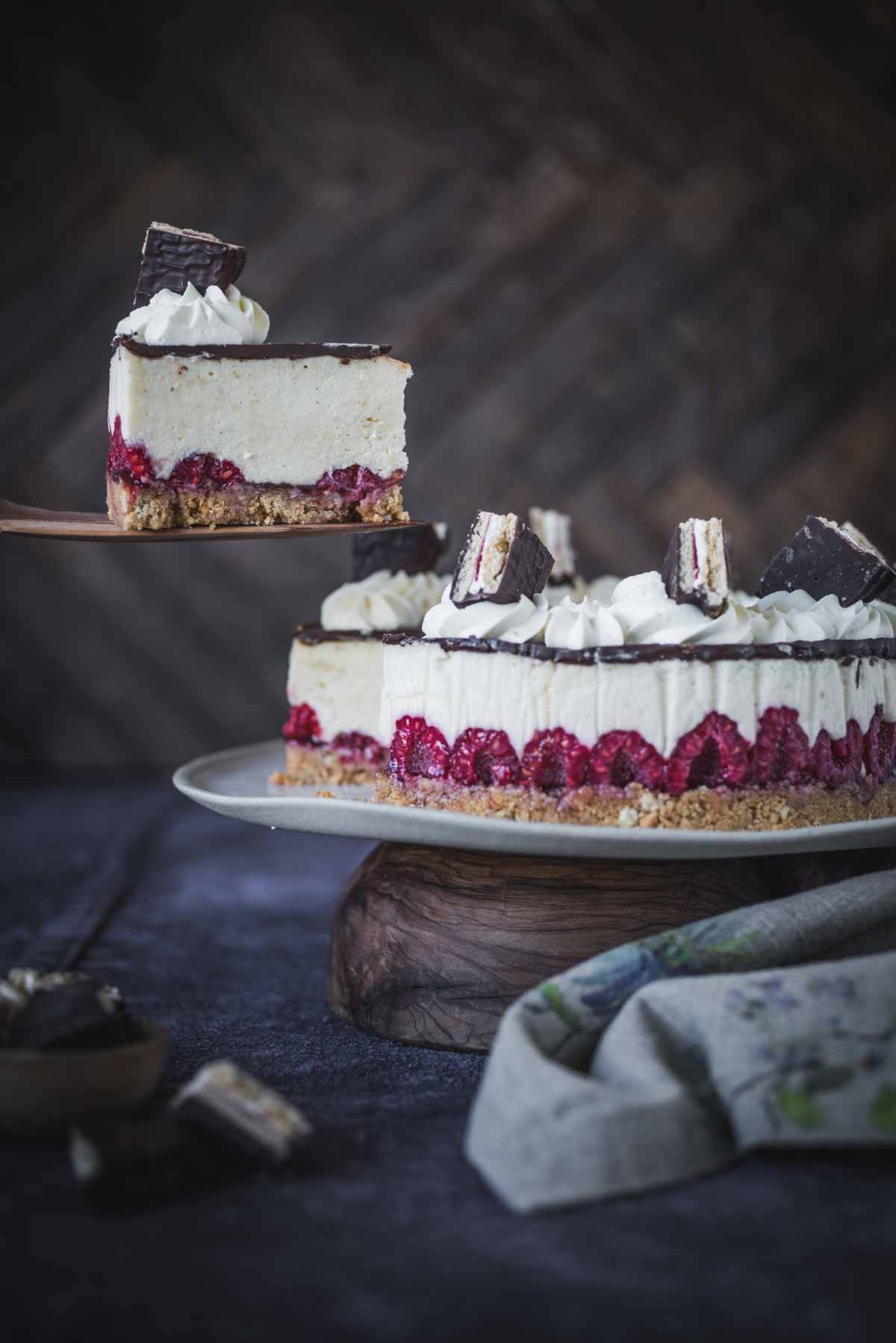 Annoyingly I had spent time photographing the other version before tasting it, but after first bite, I knew that it could be better so I made it again and this time I added little wagon wheel pieces for added effect!

It’s a rather easy little recipe this with a great looking result. It is equal parts nostalgic and delicious, and is make ahead so would be perfect for a dinner party. Better yet, its a no-bake cheesecake (my favourite) so you don’t even need to turn that oven on – just a bit of stovetop work to melt some marshmallows and melting some chocolate in the microwave. Et voila!

What you are left with is a deliciously soft and fluffy marshmallow cheesecake with the perfect textured filling. I added vanilla bean paste to the marshmallow layer too so you also get beautiful vanilla bean specks throughout. 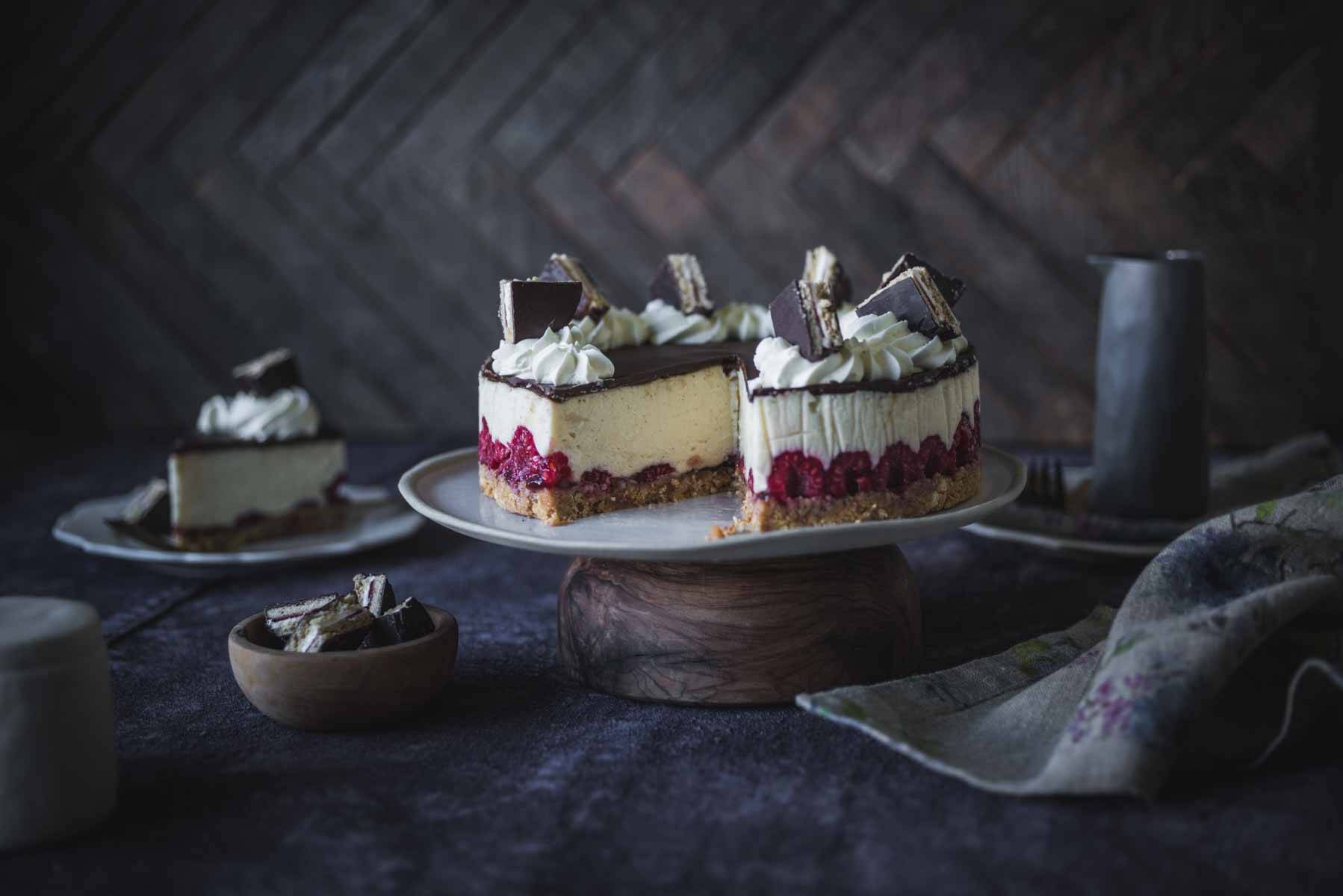 Combine the biscuit crumb and melted butter in a bowl until well combined, then pour into the base of a lined 20cm cake tin with removable base and press down until the base is compacted. Spread the raspberry jam over the base and top with fresh raspberries.

Place marshmallow and cream in a saucepan over medium heat and stir constantly over heat until the marshmallows have melted. Remove from heat and set aside to cool slightly. Beat the cream cheese until smooth then add the marshmallow mixture and beat again until combined and smoothed. Add the whipped cream and vanilla bean paste and fold through until combined then gently spoon over the biscuit and raspberry base.

Place in the refrigerator to set for 1 hour. Once marshmallow layer has started to set, combine dark chocolate and vegetable oil and melt in short bursts in the microwave, stirring between each burst until completely melted. Pour over the marshmallow layer and place in the fridge to set completely. To serve, top with whipped cream and pieces of wagon wheel biscuits. 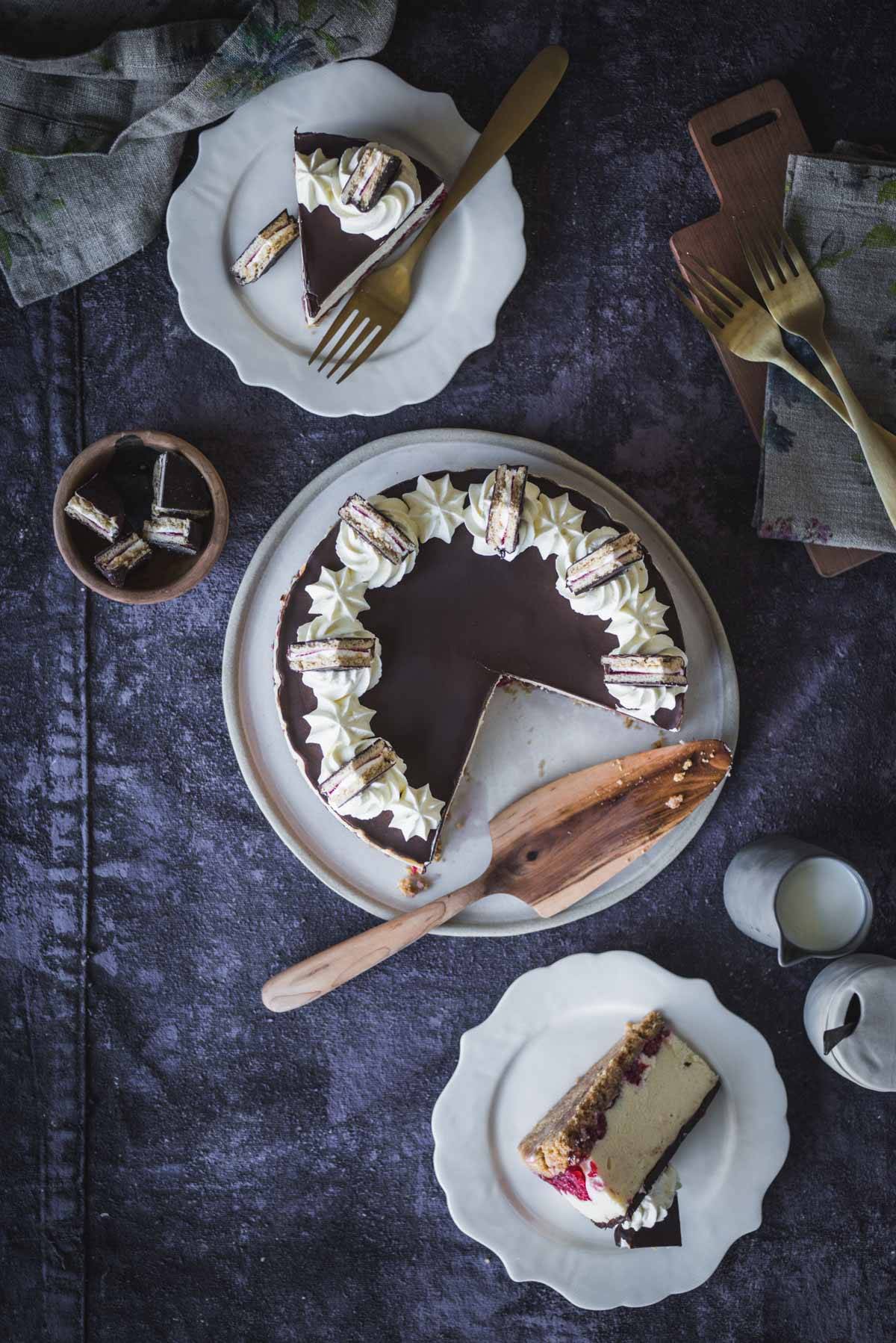