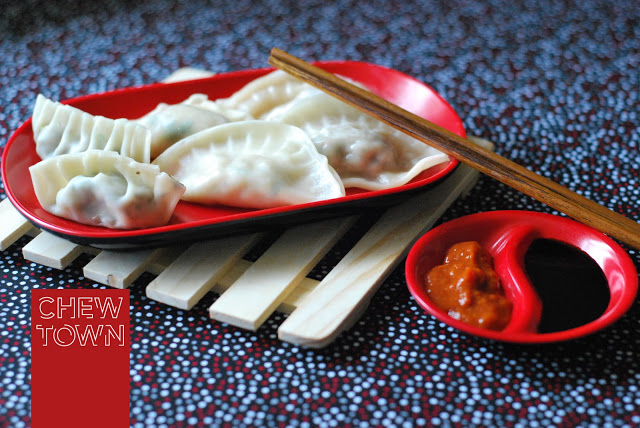 Steamed dumplings are one of my favourite foods and overshadowed in the asian genre only by BBQ pork buns (which I literally lose my s**t over). It is why I need to put myself on self imposed Yum Cha rations – otherwise I would have 11am Yum Cha every Sunday for the rest of my life. I don’t think I have ever told Scotty this but every Sunday morning I wake up next to him seriously entertaining a Yum Cha visit.

When Scotty and I are too tired to either cook a meal or head out for dinner, our go to meal is steamed dumplings. We usually keep a stash of frozen dumplings purchased from our local Asian grocery store (it helps that we live near Hurstville!) in our freezer and when the dumpling craving takes us we just plug in our electronic three-tier steamer, pop the frozen dumplings in and steam for 25 minutes.

When we have a little more energy and inclination, we make fresh dumplings ourselves to steam. I will be honest with you though, we get a little help from store bought gow gee wrappers and a dumpling press – it seems silly to make it too complicated when pre-made frozen ones are only a meter away yelling out from the freezer to be cooked.

Unlike most of my recipes on this blog you will find only basic instructions and ingredients below because we change the fillings every time we make them, and the quantities are a bit of this and a little of that. 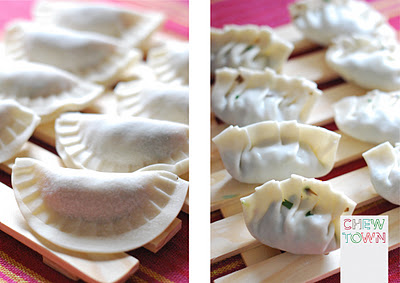 If you feel you have the hang of the dumpling press and want to try something a little harder, why not try closing the dumplings by hand (you can see from the photos above that for the pork dumplings we used the press and for the mushroom dumplings we closed them by hand).

Once you have finished the pork mixture, move onto the mushroom mixture following the same steps.

To cook the dumplings you have a couple of options: You can either steam them in a steamer (bamboo or electric) making sure you put a layer of chinese cabbage on the bottom of the steamer so the dumplings don’t stick OR you can cook them pot sticker style.  While I prefer to eat them steamed, many people like pot stickers, so to do this use a large non-stick pan. First, pan fry the dumplings in a little oil and when the bottoms are golden quickly pour 1/2 cup water into the pan and throw a lid on (it is important that this step is done quickly as the oil will splatter when the water hits the pan). Once the water has boiled away, uncover pan, reduce heat and cook for another couple of minutes.

Serve with your favourite dipping sauce – ours is usually soy and chilli sauces. 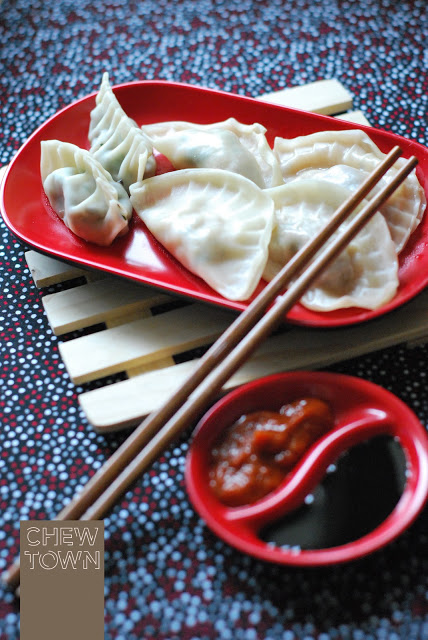